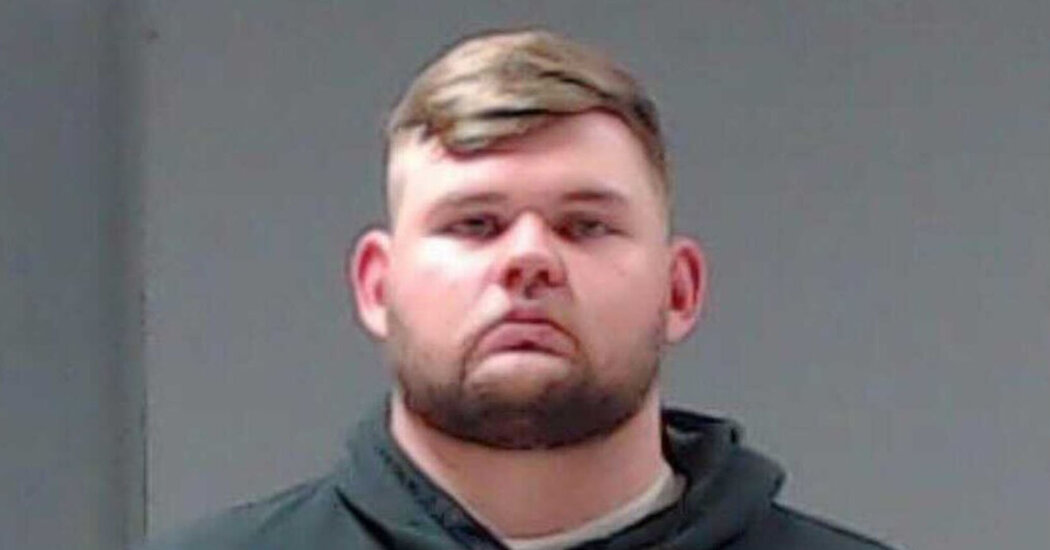 A white Texas police officer has been charged with murder in the fatal shooting of a 31-year-old Black man who officials said had begun to walk away as he was confronted at a gas station on Saturday.

Police Officer Shaun Lucas of the Wolfe City Police Department was arrested by the Texas Rangers and booked into the Hunt County, Texas, jail on Monday before being transferred to another facility. His bond was set at $1 million, according to jail records.

Officer Lucas had responded to a call on Saturday about a “possible fight in progress” in Wolfe City, Texas, a city of about 1,400 roughly 70 miles northeast of Dallas, the Texas Rangers said in a statement late Monday night.

The police officer attempted to detain Jonathan Price, who had intervened after he saw a “man assaulting a woman,” said S. Lee Merritt, a lawyer for Mr. Price’s family. Mr. Merritt said Mr. Price was unarmed.

Mr. Price was taken to Hunt Regional Hospital, where he died.

Mr. Merritt said in a tweet after Mr. Lucas was taken into custody that the arrest should have “happened the day he murdered JP,” adding, “John should still be here.”

Mr. Merritt said that the arrest was “step one. Let’s see it through to justice.”

It could not be determined early Tuesday if Officer Lucas had a lawyer.

Wolfe City officials said in a statement on the city’s Facebook page on Sunday that an officer had been “placed on administrative leave pending an investigation” by the Texas Rangers after the shooting.

On its website, the city’s Police Department lists Officer Lucas as one of the department’s three law enforcement officers. Police officials did not immediately respond to a request for comment early Tuesday.

The Texas Rangers, a law enforcement division within the state’s Department of Public Safety, is investigating the killing with the cooperation of the Wolfe City Police Department and the Hunt County district attorney.

Republicans Said to Be Planning to Move Some Convention Events Outdoors