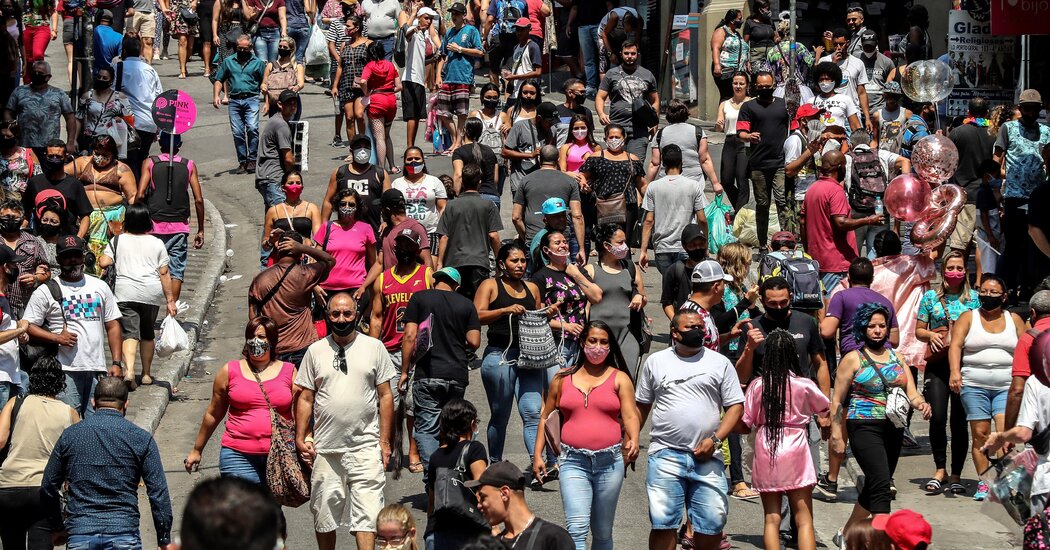 Seven months after its first case of the coronavirus, Brazil on Wednesday passed the five million mark. The milestone comes as the spread of the virus has been slowing down for over a month, an achievement many public health experts believe has little to do with the Brazilian government’s handling of the crisis, but rather how thoroughly the virus has ravaged the country.

Nearly 150,000 people have died from the virus in Brazil.

As the virus eased its grip on the country’s biggest cities, like Rio de Janeiro and São Paulo, life started to go back to normal, with restaurants and parks reopening. Almost half of Brazilian states have authorized schools to reopen, albeit with many restrictions.

Meanwhile, concerns of a second wave of the virus are still heightened. In the city of Manaus, in the state of Amazonas, one of the most severely hit by the virus, the number of cases started to go up again, especially among young people, in recent weeks. But deaths haven’t shot up again, and government statistics show the city’s hospitals are coping well with demand.

The path to recovery, however, is still unclear. Unemployment numbers reached a record during the pandemic, with almost 14 million Brazilians looking for jobs, and capital flight more than doubled as foreign investors sought safer havens.

But the Brazilian government did send over 60 million citizens emergency cash transfers that many believe helped propel President Jair Bolsonaro’s popularity, despite his questionable handling of the pandemic.

To retain his popularity, now at almost 40 percent according to recent polls, an all-time high for him, the president and his allies have struggled to come up with a social program that would write at least part of the popular emergency relief into law.

But the efforts have spooked investors, who fear the country won’t honor its debts as it faces the consequence of a GDP contraction of 5.8 percent this year.

Even as it praised the Brazilian government for avoiding a deeper economic downturn by helping its poor earlier this month, the International Monetary Fund said the country’s economy faces “exceptionally high” risks.

In other developments around the world:

The Community That Covid-19 Built

He Was Philando Castile’s Friend. Now He’s Running for Office.