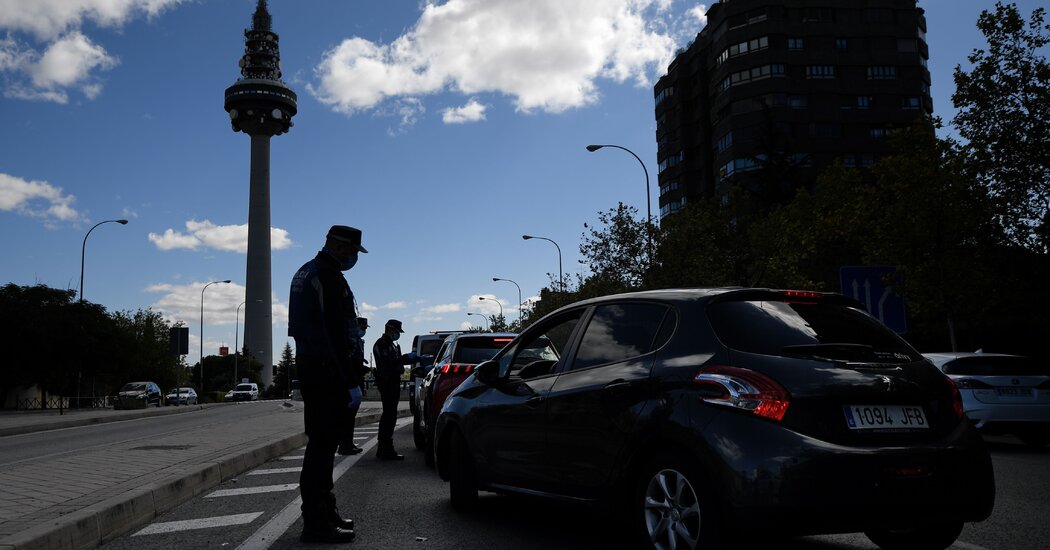 Madrid’s highest regional court on Thursday annulled a lockdown imposed by Spain’s central government on the capital region in order to contain its Covid-19 infections.

In its ruling, the court said that the central government did not have jurisdiction to institute restrictions that affected fundamental rights and the freedom of movement.

The ruling is a major setback for the central government, and underlines both the political tensions and legal uncertainty in Spain over how to respond to the latest wave of virus cases.

The central government issued a decree imposing new nationwide restrictions last Friday, after a dispute with the regional government of Madrid, which had instead introduced a limited lockdown on about one million residents of some of its worst-affected areas, in mostly working-class neighborhoods.

Spain was put under full lockdown last March, under a state of emergency that gave the central government full authority to decide how to handle the virus. But since late June, when the state of emergency was lifted, Spain’s 17 regional administrations have regained control over how to manage their health care.

After Thursday’s ruling, Salvador Illa, Spain’s health minister, called on Madrid’s regional government to hold emergency talks over how to resolve the standoff, which comes ahead of a long holiday weekend in Spain. Mr. Illa said it was essential to have judicial decisions that “best protect health.”

The central government’s decree had meant that about 4.8 million residents of the Madrid region were forbidden to travel to another part of Spain, unless for work or other exceptional reasons.

Biden’s plans call for over $5.4 trillion in new federal programs, an analysis finds.