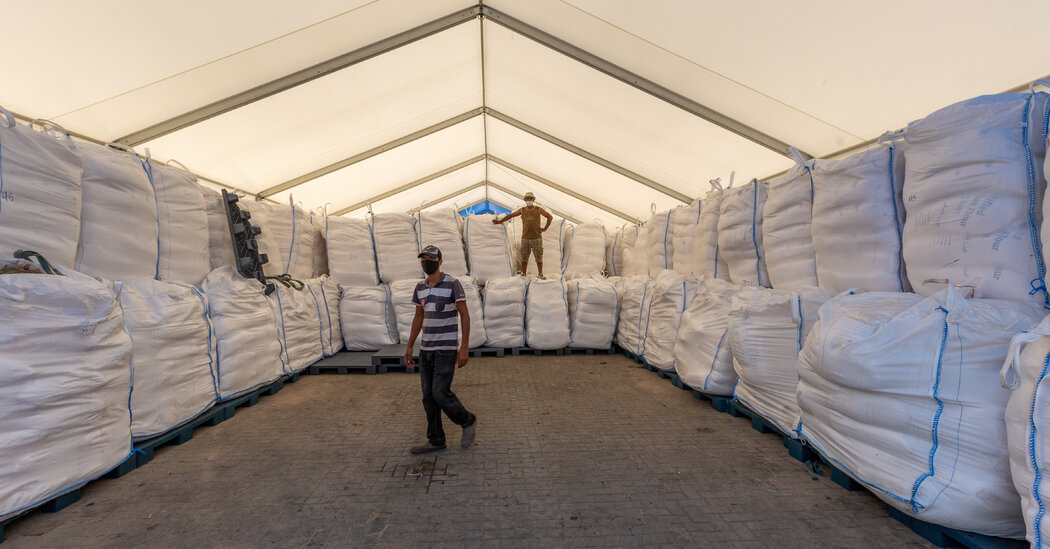 The World Food Program, a United Nations agency, was awarded the Nobel Peace Prize on Friday for its efforts to combat hunger globally and lay the foundations for peace in nations devastated by war, the Nobel committee announced.

The organization was recognized for its work during a coronavirus pandemic that has “contributed to a strong upsurge in the number of victims of hunger in the world,” the committee said in a statement.

But in many countries, particularly those wracked by war, the combination of conflict and the pandemic has sharply increased the numbers of people on the brink of starvation.

“In the face of the pandemic, the World Food Program has demonstrated an impressive ability to intensify its efforts,” the committee said.

Prime Minister Abiy Ahmed of Ethiopia was awarded the 2019 prize for his work restarting peace talks with neighboring Eritrea that eventually led to a gradual normalizing of relations and the end of years of war between the two countries.

He was also recognized for his work ushering in a new era of diplomatic and trade relations. By the end of the year, however, Mr. Abiy faced accusations of a heavy-handed crackdown on political protests in his country and skipped a news conference after his acceptance speech amid the controversy.

Who are this year’s other Nobel Prize winners?

Amazon Satellites Add to Astronomers’ Worries About the Night Sky