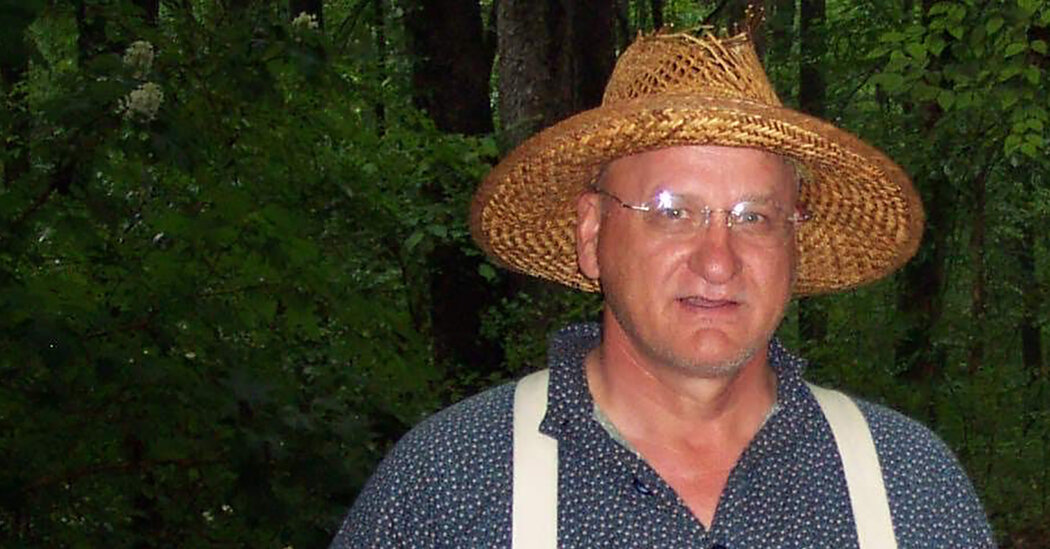 This obituary is part of a series about people who have died in the coronavirus pandemic. Read about others here.

Wearing an old-timey outfit of suspenders, tan pants and an old felt hat, Gary Pettus told a group of teenagers about being an American pioneer in the 1800s.

“One night it got so cold,” Mr. Pettus said, according to a friend, Don Cole, “that the tent froze to my hair. The trail boss came by and jerked the tent up to tell us it was time to get up.”

He removed his felt hat. “Look!” he cried. Mr. Pettus was bald.

Just as he threw himself into disaster relief work and building his plumbing business, Mr. Pettus relished leading pioneer treks — camping trips designed to teach young members of the Church of Jesus Christ of Latter-day Saints about the flight of early Mormons from persecution.

When he wasn’t dressing up, Mr. Pettus was happy to lug portable toilets from one campsite to another. If there were no roads, he and Mr. Cole built makeshift toilets themselves, using tarps and poles and post hole diggers.

Mr. Pettus died on Sept. 5 after spending six weeks on a ventilator in North Alabama Medical Center in Florence, Ala. He was 70. The cause was Covid-19, his wife, Cheryl Pettus, said.

Gary Wayne Pettus was born on Jan. 20, 1950, in Florence and grew up in a rural area nearby. His father, Wiley Edward Pettus, worked as a hog and chicken farmer and sold sweet potato cuttings. His mother, Reba Gladys (Killen) Pettus, pitched in with farm work. She took her seven sons into the cotton fields, left early to prepare lunch, and then went back to work with her boys.

Mr. Pettus graduated from Rogers High School in Florence in 1968 and married Vicki Poss. In the late 1970s, missionaries knocked on their door and gave Mr. Pettus the Book of Mormon. He found time to read it during breaks at his maintenance job at a Ford Motor Company plant in Sheffield, Ala. Within months, Mr. Pettus converted.

The Ford plant closed in 1983. Mr. Pettus created his own business, Pettus Plumbing and Piping. His home and pickup truck were his office, and he regularly got up to work at 4 a.m.

Mr. Pettus in 2003 sold his company, which had grown to employ more than 100 people and gained major corporate clients, such as Walmart.

In semiretirement, Mr. Pettus found more time for church activities. It is hard to keep track of the many duties he performed: senior missionary, president at three levels of the local church’s hierarchy, bishop, high councilor, president of Sunday school.

“He’s done about every job in the church except the sisters’ jobs,” Ms. Pettus said.

The full range of Mr. Pettus’s skills were called upon when he volunteered as a disaster relief worker. He outfitted his pickup truck with an arsenal of equipment, including extra gasoline for his chain saw, a generator to recharge his power tools and a tractor with a front end loader.

Several years ago, when a nearby area was hit by tornadoes, the Pettuses were on the road the next day, even though Mr. Pettus had recently suffered a heart attack. They arrived at a church member’s home that had been severed by a fallen tree.

Ms. Pettus was concerned about her husband’s health, but she got lost for a moment in conversation with fellow church members. She looked up, and there was Mr. Pettus, on top of the tree with his chain saw, looking for the best place to make an incision.

“He loved it,” she said, “because he could use his knowledge, his skills and his equipment to bless the lives of people.”

How Kobe Bryant Created His Own Olympic Dream Team

Live Coronavirus Updates: New Cases in U.S. Are Up 80% in Past 2 Weeks