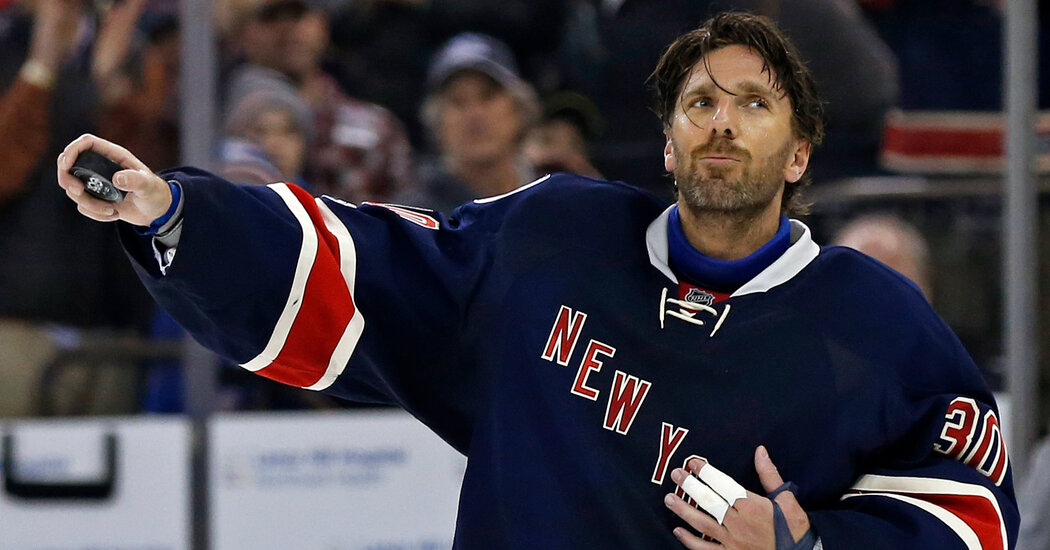 Just more than a week after the Rangers bought out the last year of his contract, goaltender Henrik Lundqvist signed with the rival Washington Capitals on Friday, the first day of N.H.L. free agency. Lundqvist, 38, had played his entire 15-year career with the Rangers, setting nearly every franchise goaltending record including 459 wins and 64 shutouts in 887 games.

Lundqvist signed a one-year, $1.5 million contract with the Capitals, whom he defeated in the playoffs three times, including a seven-game series in 2015. He will become teammates with Alex Ovechkin, who has scored 706 goals over his 15 seasons with the Capitals. Both players were rookies — along with Pittsburgh’s Sidney Crosby — in the 2005-6 season after the previous season was canceled because of a labor dispute.

Lundqvist became an unrestricted free agent after the Rangers decided to buy out the final year of his contract on Sept. 30. He will share goaltending duties in Washington with the 23-year-old Russian Ilya Samsonov, who won 16 games as a rookie in 2019-20. Braden Holtby, who helped the Capitals win the Stanley Cup in 2018, left for the Vancouver Canucks via free agency.

“Henrik is one of the greatest goaltenders in N.H.L. history, and we are pleased to have him join our organization,” Capitals General Manager Brian MacLellan said. “Henrik has the competitive drive and the ability to help our team compete for a championship. We feel he will be an excellent fit for our team and provide leadership to our organization and our young goaltenders.”

Lundqvist provided much more than glove saves and acrobatic stops during a tenure with the Rangers where his philanthropic efforts were numerous and notable. Though soft-spoken off the ice and at ease talking about music, his favorite cars or fashion trends, Lundqvist was a whirlwind of intensity on the ice.

He played five seasons for the Frölunda Hockey Club in Sweden before joining the Rangers, who had chosen him in the seventh round of the 2000 draft after 21 other goaltenders were selected. Lundqvist arrived in New York at age 23 and quickly became the starter, leading to one of his 11 seasons of 30 or more victories.

Lundqvist could still reach 500 career wins and third place on the career list. Only 12 other goalies in the N.H.L. have reached the 400-win threshold, a list led by Martin Brodeur (691).

Russians ‘Have Committed’ to Not Interfering in Elections, Trump Aide Insists

For Sports Halted at the Outbreak’s Onset, Loans Saved Staff