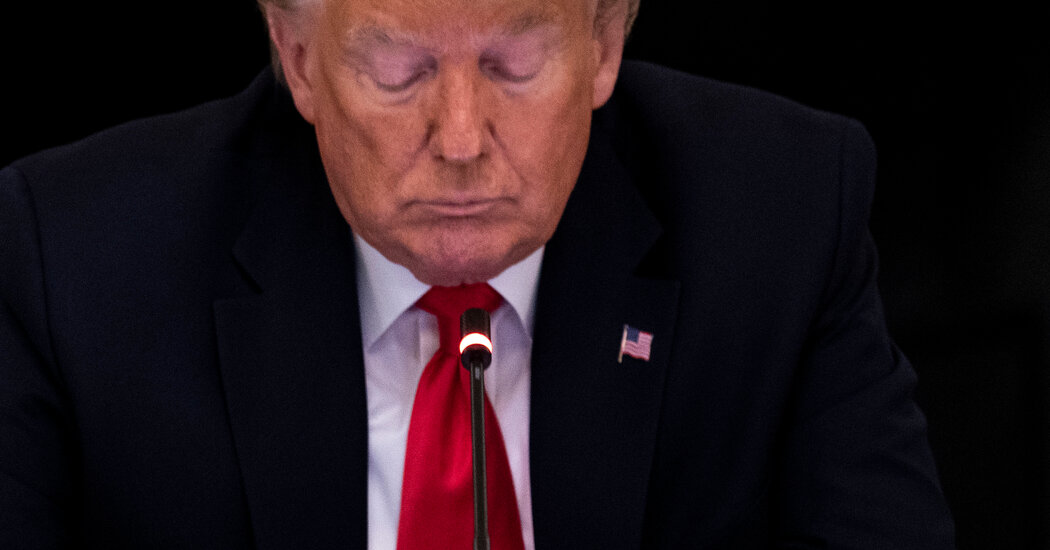 First, there were the calls for “law and order.” Then, a push to quickly confirm a conservative Supreme Court nominee.

Now, down by double digits in national polling, President Trump is adopting an even more aggressive approach to his re-election campaign — pulling out of a debate, attacking his own aides and threatening to prosecute his opponent — as political tensions grow across the country.

In an erratic hourlong telephone interview on Fox Business on Thursday, Mr. Trump called for the indictments of his predecessor, President Barack Obama, and his current Democratic rival, Joseph R. Biden Jr. The president also assailed his current secretary of state, attorney general and F.B.I. director, as well as a senior Justice Department prosecutor, because they had not charged Democrats or released politically damaging information about them.

“These people should be indicted,” Mr. Trump said of the Democrats.

That outburst was followed by a daylong back-and-forth with the nonpartisan commission that manages presidential debates over plans to hold the event virtually. As Mr. Trump’s campaign pressed for the debate to be held in person, his doctor said on Thursday that the president had completed his treatments to alleviate his coronavirus symptoms and that he would most likely be able to resume public engagements on Saturday.

Just 25 days before Election Day, political pressure is mounting on both sides. House Democrats plan to introduce a measure today creating a bipartisan group of experts to evaluate the president’s mental and physical health and advise Congress whether his powers should be forcibly removed under the 25th Amendment.

Campaigning in Arizona on Thursday, Mr. Biden blamed Mr. Trump for encouraging extremists like those charged with plotting to kidnap Gov. Gretchen Whitmer of Michigan. Mr. Trump lashed out at Ms. Whitmer late in the day, saying she had done a “terrible job” and urging her to ease coronavirus safety restrictions in her state.

Hanging over all the political uncertainty is the unyielding pandemic, which has put enormous pressure on the country’s economy, schools and public health systems. It has also dealt a serious blow to Mr. Trump’s presidential bid, with voters consistently giving him low marks for his handling of the virus.