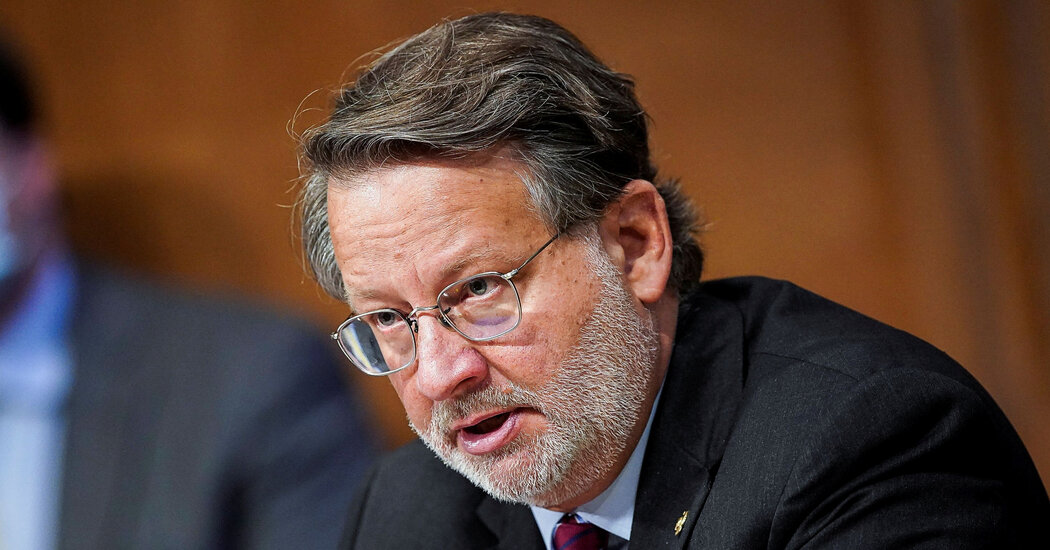 Senator Gary Peters of Michigan, a Democrat facing a competitive race for re-election in Michigan, became one of only a handful of members of Congress on Monday to share a personal experience with abortion.

In an interview with Elle magazine, Mr. Peters said that in the late 1980s, his wife at the time, Heidi, had an abortion at four months’ gestation because the pregnancy was not viable and her life was in danger.

Her water had broken, Mr. Peters told Elle, leaving the fetus with no chance of survival. When she did not miscarry naturally, she became ill and was told that without an abortion, she would lose her uterus and would be at risk of dying from sepsis. She had to go to a second hospital to get an abortion, Mr. Peters said, because the first hospital had an anti-abortion policy and would not make an exception.

“My story is one that’s tragically shared by so many Americans,” Mr. Peters wrote on Twitter. “It’s a story of gut-wrenching and complicated decisions — but it’s important for folks to understand families face these situations every day.”

Mr. Peters is one of only two Democratic senators up for re-election who are vulnerable this year, the other one being Senator Doug Jones of Alabama. His Republican challenger, John James, is a vocal opponent of abortion, which has become a bigger issue in this year’s elections since Justice Ruth Bader Ginsburg’s death increased the chances of a Supreme Court majority against Roe v. Wade.

Mr. James, whose campaign did not immediately comment on Monday, has not directly answered questions about whether he supports exceptions in situations where the woman’s life is in danger.

Compensation for Embassy Bombing Victims Could Imperil Thaw With Sudan