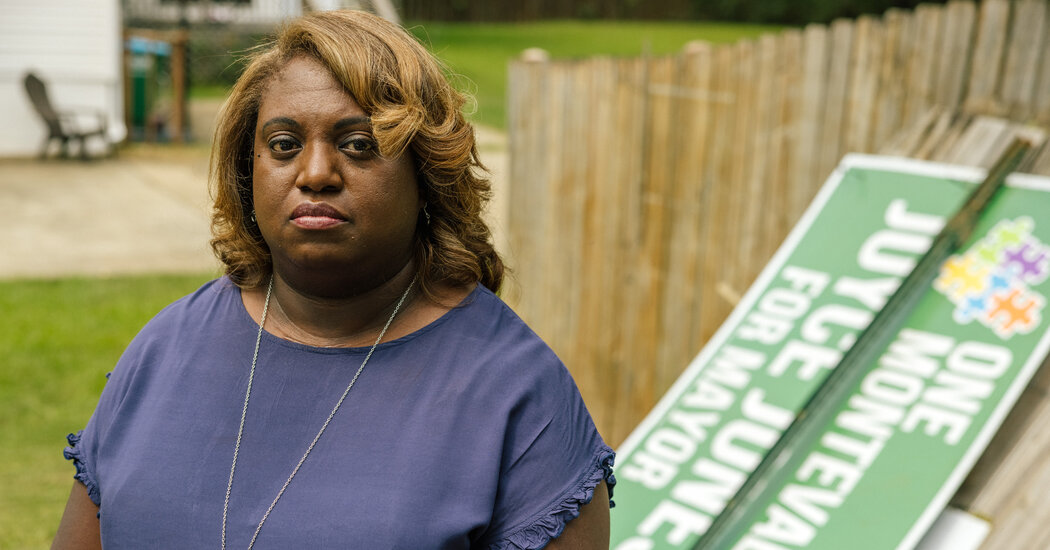 Perhaps no one was more surprised to learn that Joyce Jones wanted to defund the police than Joyce Jones herself.

On Aug. 11, Ms. Jones was in the final stretch of her campaign for mayor of Montevallo, a town of 6,674 people in central Alabama, when she appeared in a candidate forum alongside her opponent, Rusty Nix. The moderator asked both candidates how they would work with the town’s police department. Ms. Jones said she was grateful for the work of Montevallo’s law enforcement, and that as mayor she would consider adding social programs to help the town not just respond to crime (of which there is little in Montevallo) but prevent it, too.

She awoke the next morning to find her phone clogged with social-media notifications. “‘Defund the police,’” she remembered. “It was like a wildfire.” Citizens on one of the local Facebook groups accused Ms. Jones, who was running to be the town’s first Black mayor, of using the “same language” in her answer as the Black Lives Matter movement, implying that she had a hidden agenda.

Montevallo’s elections are nonpartisan, and there was a time when they felt that way. Candidates would run on proposals like updating the sewage systems, beautifying Main Street and starting a townwide recycling program.

But as Ms. Jones, a 44-year-old lifelong Montevalloan, was finding, not even her tiny town was immune from the divisions roiling the Trump era, the political tremors that once would have felt out of place in casual conversations at Lucky’s supermarket, not to mention local elections, but that now seemed to color everything.

Ms. Jones tried to quash the rumors, but the falsehood continued to ricochet across social media. One man shared a photo of activists in Austin, Texas, holding a giant black-and-white “Defund the police” banner, captioning it, “Montevallo’s future if liberals keep getting elected.”

For Ms. Jones, it was but one partisan-inflected battle in a campaign season of many, an election that would go on to mirror national fights over poll watchers and targeting of Black voters; include sobbing staffers, charges of racism and warnings of Marxism; and culminate in an unsettling feeling among many that, by the time the final vote was counted on the evening of Aug. 25, something in the town had been lost.

“It has always been in my heart this center of civility,” said Montevallo’s outgoing mayor, Hollie Cost. “Before the age of Trump, before all” — she paused — “this, whatever this even is, we all got along. It just ripped us apart.”

CDC Says Coronavirus Does Not Spread Easily on Surfaces