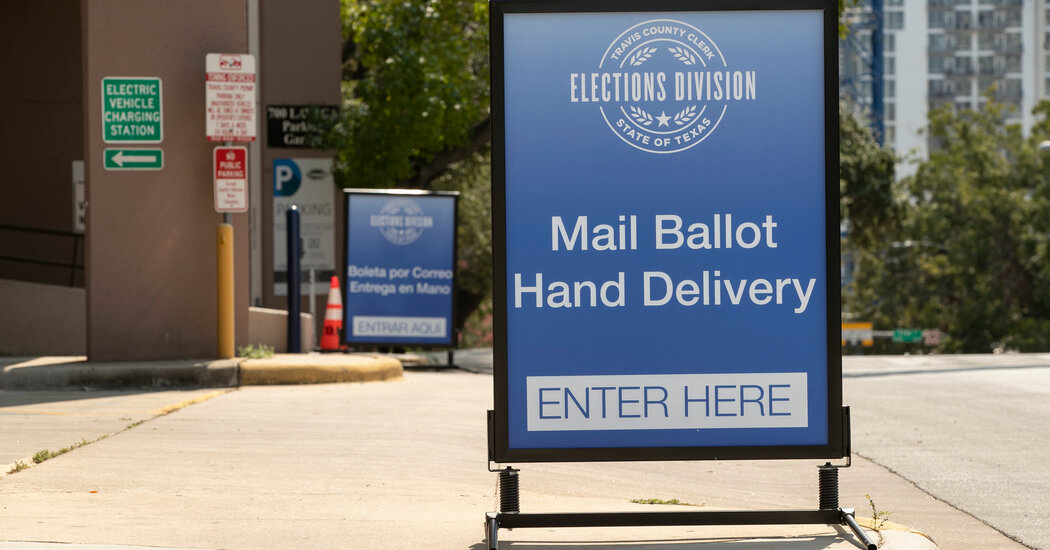 A federal appeals court reinstated restrictions late Monday night that would allow just a single ballot drop-off site per county in Texas, allowing Gov. Greg Abbott’s order to proceed over criticism that it would make voting more difficult and dangerous.

The three-judge panel in the 5th U.S. Circuit Court of Appeals, all of whom were appointed by President Trump, reversed a lower court decision from Friday that had blocked the restrictions. The judges wrote that the order “does nothing to prevent Texans from mailing in their absentee ballots, as they have done in the past in election after election.”

It’s unclear if the decision will be the final word in the back-and-forth legal battle.

Several Texas counties had created multiple drop-off locations, intending to make voting easier for people wary of long Election Day lines or delays in mailing their ballots in. The Texas League of United Latin American Citizens and other civil rights organizations sued over the governor’s restrictions, saying they would harm vulnerable voters.

Polls have indicated Texas, long a Republican stronghold, is competitive this year in both the presdiential and U.S. Senate races. Early voting began in Texas on Tuesday.

A Freelance Writer Learns He Was Working for the Russians