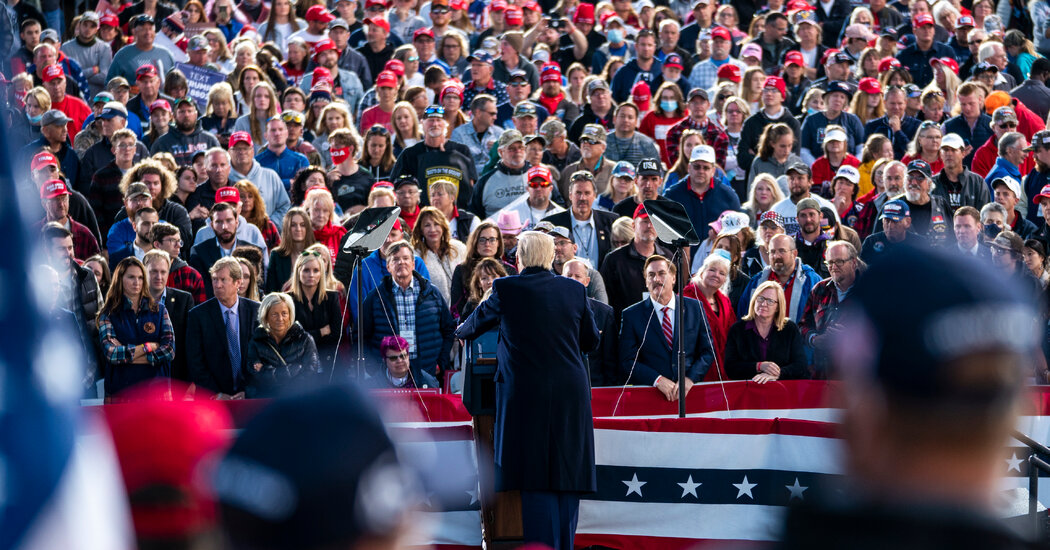 Facing a steep surge in coronavirus cases, health officials in Minnesota have connected two dozen virus cases to people who attended presidential campaign events in the past month, most of them attendees at airport rallies hosted by President Trump.

State officials said 16 of the cases were tied to a Sept. 18 outdoor rally at the airport in Bemidji, where Mr. Trump addressed a packed and mostly-maskless crowd.

Four of those cases were reported by people who had gone to the rally to protest Mr. Trump’s visit, Kris Ehresmann, the state’s infectious disease director, said on Monday. The officials were careful not to conclude that the infected people caught the virus at the events they attended.

But the infections were not limited to Republican events: Health officials also reported that one person who attended a Sept. 16 event for Joseph R. Biden Jr. in Duluth later contracted the virus, as did one person who went to a Sept. 22 Biden event in the Minneapolis suburb of Brooklyn Park.