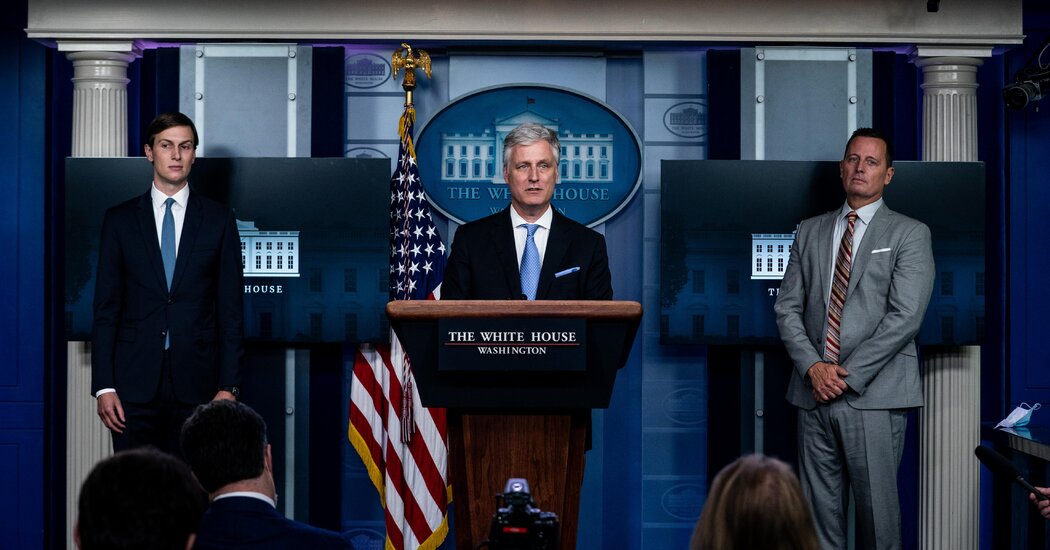 WASHINGTON — Two Americans held hostage by Iran-backed Houthi fighters in Yemen were released on Wednesday in a deal brokered by the Trump administration and the government of Oman, according to a senior administration official.

Sandra Loli, an aid worker, had been held in the war-ravaged country for 16 months, and Mikael Gidada, a businessman, who had also been held for a lengthy period of time. They were released as part of an agreement under which about 240 Houthis in Oman, many of them former armed combatants originally captured by Saudi Arabia, were allowed to return to Yemen. Some of them were former armed combatants.

Houthi leaders also released the remains of a third American, Bilal Fateen, a Yemeni dual national who died of natural causes while in captivity.

“Our family is filled with immense relief and gratitude that Sam — a beloved wife, mother, daughter, sister and friend — has been released and reunited with her family,” said Ms. Loli’s husband, Richard Boni, in a statement. He described Ms. Loli as “stable and in good spirits.”

Freeing Americans held abroad has been a top priority for President Trump and his national security adviser, Robert C. O’Brien, who previously served as Mr. Trump’s chief hostage negotiator. In a brief statement, Mr. O’Brien thanked the sultan of Oman and the king Saudi Arabia.

The Houthis were flown home through Saudi Arabian airspace, a conciliatory gesture from the Saudi kingdom given that Saudi Arabia has been waging a military campaign against the Houthis, who toppled Yemen’s government in January 2015.

Since then, Yemen has been embroiled in a grueling civil war that has deepened its economic desolation and produced widespread hunger and disease. Saudi Arabia and its partners in the conflict in the Gulf Arab region blame their enemy, Iran, for backing the Houthis and firing missiles into Saudi territory from Yemen.

Mohammed Abdul-Salam, a high-ranking Houthi official, said that about 240 Yemens who had been stuck in Oman had arrived in the Yemeni capital, Sana, on two Omani jets.

Mr. Abdul-Salam told Al Masirah, a Houthi-run television station, that the returnees included wounded Yemenis who had originally traveled to Oman for medical treatment and Houthis who had gone there to participate in peace talks.

The Saudi-led coalition that has been battling the Houthis since 2015 controls Yemen’s airspace and has forced the closure of many of its airports to commercial traffic, making it hard for Yemenis stuck outside the country to return home.

How Trump is Sowing Distrust

A Climate Reckoning in Wildfire-Stricken California