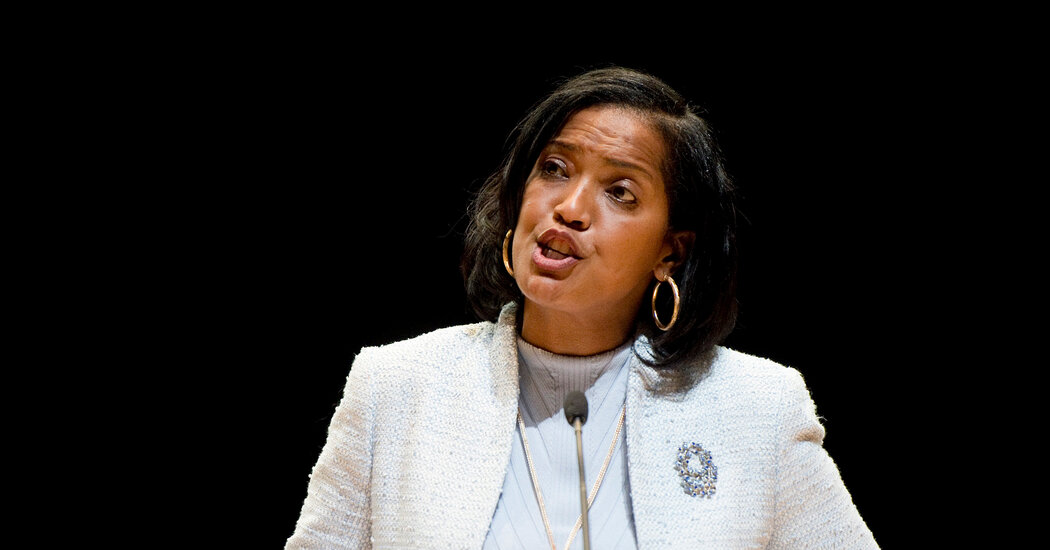 The first Black woman from Connecticut elected to Congress gave a pained account on Tuesday of a Zoombombing that happened one night earlier, when she was repeatedly called racial slurs and interrupted during a virtual town hall event held by her campaign.

Representative Jahana Hayes, a first-term Democrat who represents the northern and western parts of the state, wrote on the website Medium that the episode occurred just after the start of a conference call with constituents in Newtown, Conn.

“Our fourth meeting starts, and about 10 minutes in — I hear ‘shut up N-word,’ ” Ms. Hayes wrote. “I pause — not sure how to react, but I catch a glimpse of all the faces of the people who have joined the meeting. They are mortified, shocked, embarrassed, hurt and I could tell they didn’t know what to do next.”

Ms. Hayes was discussing the nomination of Judge Amy Coney Barrett for the Supreme Court when she was first interrupted, a video of the Zoom call obtained by The New York Times showed.

Despite the intervention of her aides, who muted the participant and removed the person from the meeting, the racial slurs did not stop.

The tactic, known as Zoombombing, has marred myriad public forums on the popular conferencing platform Zoom during the coronavirus pandemic.

“I am not OK that this happened,” Ms. Hayes wrote. “Black women are expected to press on, to ignore this behavior; to not talk explicitly about it because it is uncomfortable, divisive or does not reflect the sentiments of most people.”

Ms. Hayes, a former National Teacher of the Year, shared screen shots on Twitter of racial slurs that were targeted at her during the town hall.

“GO PICK YOUR COTTON,” one participant wrote in the Zoom chat. Others posted comments in the chat praising President Trump.

Zoom responded to Ms. Hayes on Wednesday on Twitter and said it would look into the episode.

“We are deeply upset to hear about this and we take the privacy of Zoom Meetings very seriously,” the company tweeted.

David X. Sullivan, a Republican who is challenging Ms. Hayes, condemned the attack in an interview with The Hartford Courant.

“It was such a disgusting incident to interfere and disrupt a legitimate campaign activity with such hateful language that can’t be tolerated in politics or any other segment of our society,” he said.