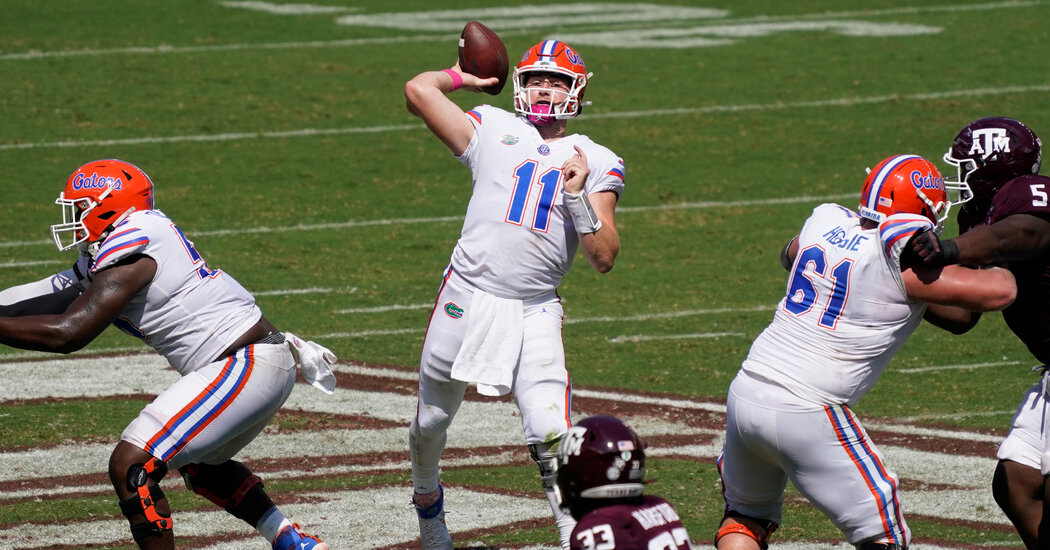 For the second time this week, the Southeastern Conference has postponed a college football game because of the coronavirus pandemic, unnerving the league less than a month into the season that sustains an economic and cultural juggernaut throughout the South.

The league said Wednesday that Saturday’s game between No. 10 Florida and Louisiana State, the reigning national champion, would not be played until at least Dec. 12, a week before the conference title game.

The postponement came two days after Florida’s coach, Dan Mullen, described the football program as “a model of safety” during the pandemic and a day after the team paused football activities because of “an increase” in positive tests for the virus.

Florida’s game against L.S.U., which was to be played in Gainesville, Fla., was the 29th Football Bowl Subdivision game since last August to be upended because of the pandemic, and the third Power 5 matchup to be postponed this week.

The Big 12 Conference announced on Sunday that Baylor and Oklahoma State would not play this weekend because of an outbreak at Baylor. And on Monday, the SEC postponed a game between Missouri and Vanderbilt after Vanderbilt concluded that once injuries, opt-outs and virus-related concerns were considered, it would not have enough scholarship players available to compete on Saturday.

No, a Molotov Cocktail Didn’t Start the West’s Wildfires

Princeton Admitted Past Racism. Now It Is Under Investigation.