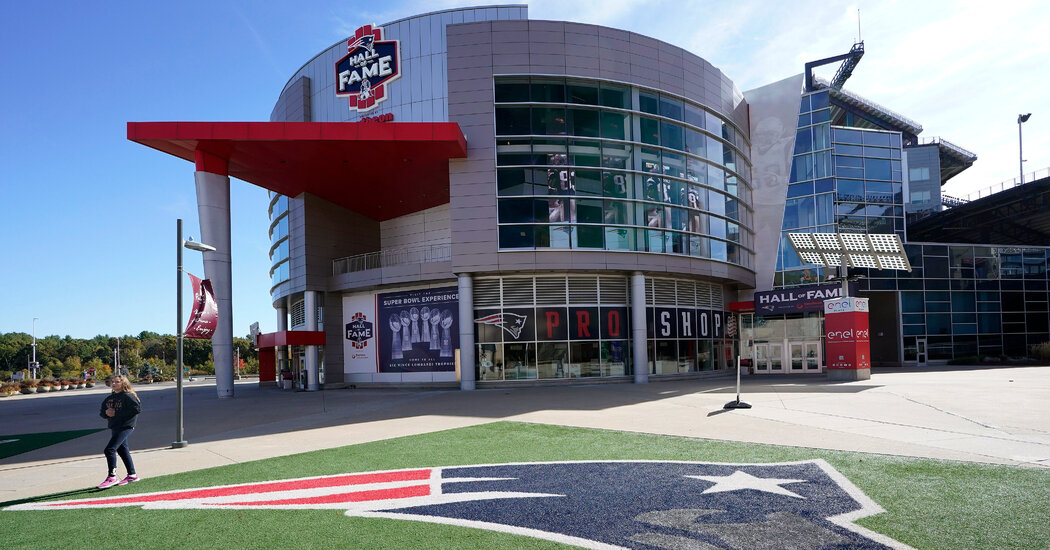 The Indianapolis Colts on Friday joined the growing group of N.F.L. teams dealing with a potential outbreak of coronavirus cases, announcing that “several individuals” had tested positive and that the team was closing its practice facility. Hours later, the New England Patriots — who had just returned to the field from a virus-inflicted week off — called off their Friday session after recording at least one new positive.

The news of the new Patriots’ new case came a day after two of the team’s most important players, quarterback Cam Newton and cornerback Stephon Gilmore, were taken off the team’s reserve/Covid-19 list and returned to practice. Friday’s positive, though, put a new, unnamed player on that list, and the team said it was waiting for the results of a follow-up test of a second player to confirm whether he is also positive.

Newton, who joined the Patriots this season, and Gilmore, the reigning N.F.L. defensive player of the year, are expected to return when the Patriots face the Denver Broncos on Sunday afternoon. The team said the game, which had been postponed a week after New England’s earlier virus outbreak, would go ahead as planned.

In Indianapolis, the Colts called off practice ahead of their own Sunday game after their latest round of testing produced multiple positives.

“The team is currently in the process of confirming those tests,” the Colts said in a statement. “In the meantime, the practice facility will be closed and the team will work remotely while following N.F.L. protocols.”

The Colts are among a number of teams to announce positive tests in the past few weeks, a group that includes the Tennessee Titans, the Patriots and, on Thursday, the Atlanta Falcons. The Jets reported a positive test last week and sent their players home for a day, but later announced the result had been a false positive.

The series of outbreaks has scrambled the N.F.L. schedule, forced the league to strengthen its virus protocols, and raised serious questions about whether the seasons can be completed on time. Several games have been postponed or rescheduled already, each one causing a cascading series of changes in the complicated matrix that is the league’s schedule.

Any complications with Sunday’s Patriots-Broncos game, though, could create the most serious scheduling issues yet. When the league postponed the teams’ meeting last weekend, it solved the scheduling problem by allowing both New England and Denver to use the open date as their bye week, and shuffling several games against other opponents later in the season.

But since teams only get one bye per season, that has left the league with no flexibility if it is forced to postpone any more games involving either team. By insisting on its traditional schedule format, even as the virus cases continue rise in dozens of states, the N.F.L. is left with little choice but to try to play Sunday’s game — provided the Patriots do not confirm any additional cases — or pursue adding an 18th week to the calendar to allow for makeup games.

And in addition to bolstering its virus protocols, the N.F.L. has threatened teams with punishment for breaking them. This week, the league announced even more changes to its protocols, including the requirement that anyone with so-called high-risk exposure to a person who has tested positive must be isolated for at least five days, even if the person tests negative and is asymptomatic.

It was not clear if the Colts’ tests had involved players; like with several other teams, the statement that was released was opaque.

Indianapolis (3-2) is scheduled to host the Cincinnati Bengals (1-3-1) on Sunday.