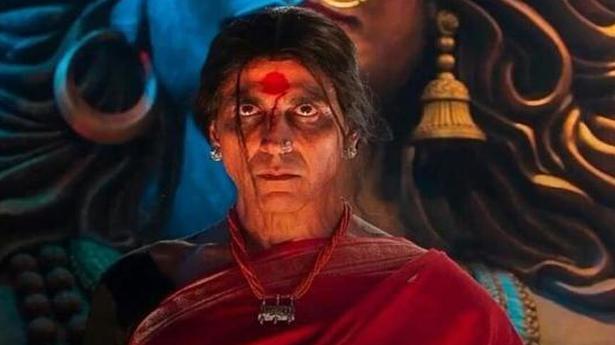 Do jumpscares even work in 2020? However, Laxmii’s absolute reliance on this done-to-death editing technique is not the only thing that doesn’t work in its favour. Over its 140 minute runtime, the Akshay Kumar-starrer is boring, unfunny for the most part and repeatedly plays up stereotypes that should have gone extinct from films by now.

It is okay if a director wishes to stick to the fine prints of an original work, especially when it is a product of his own creative, while remaking a film. But Raghava Lawrence, it appears, never factored in issues like passage of time (Kanchana released in 2011) and the audience’s evolved sensitivities as a result, or even the fact that he was making this film for a wider, national audience.

There are a few things he does differently in Laxmii. Unlike Raghava in Kanchana, Aasif — played by Akshay Kumar, the flagbearer of populist nationalism in Bollywood in the rare role of a Muslim man — dispels superstition, especially among people who believe that ghosts and angry spirits are real. For a supposed rationalist, Aasif is a little unevolved. His way of countering someone shouting, “Ghost!” to his face is that if proved wrong, he would wear bangles.

Aasif is married to Rashmi (Kiara Advani) and they are the guardians of Aasif’s nephew, Shaan. It is important to remember Shaan because, unlike Raghava Lawrence, we are not about to forget the fact that Shaan also moves from Haryana, with Aasif and Rashmi, to Daman when called upon to visit by the latter’s parents. It is pertinent to remember Shaan because he is not anywhere to be seen when strange things start to happen in the house despite being witness to Aasif acting weirdly after his initial possession by Laxmmi (because the producers didn’t consult the vengeful spirit about the title bearing a different spelling). One wonders, was Shaan just asleep all the while?

But we digress… so Aasif has exactly two comments to make about the Muslim community: one is the unfortunate stigma about a Hindu-Muslim marriage and the other involves their method of prayer, so we know that Aasif is not a rationalist. He is not just a guy who would wear bangles if he sees a ghost, but also someone who takes offence to wearing a sari, which he does when possessed — but mistakes his in-laws for the act after returning to his senses.

What even was the ‘Burj Khalifa’ song? Just like this paragraph, the songs in the film are randomly inserted; the transition is jarring and leaves you confused about how to accept Laxmii. Is it a film that doesn’t take itself seriously, yet wants us to? Also, is everyone in Daman aware of a pregnant woman named Anjali?

Despite the clichéd storytelling and similar use of stereotypes, Kanchana was not short on humour. It spawned a decade full of horror-comedies in Tamil cinema, a trend that has recently evolved into adult-horror comedies. What worked in its favour was Raghava, the lead character, as someone who was inherently afraid of ghosts. It allowed for many slapstick comedy moments to be added to the screenplay.

Raghava was also the continuation of a character established in a previous film; so, Kanchana was a franchise fully in the making. Laxmii doesn’t have that advantage; it also doesn’t have a strong supporting cast that whose antics complimented the central protagonist’s arc.

In Laxmii, Aasif is on his own once he is in the house, and Akshay Kumar crashes upon impact because he is offered nothing to play off of by other cast members. Kiara Advani appears lost throughout the movie.

The icing is certainly the ‘Bam Bholle’ song. It was outrageous to picture the trans community as people who gather to dance around a campfire on a full moon day in Kanchana. But Lawrence’s audacity to repeat the idea nearly a decade later needs to be frowned upon.

By serving up more stereotypical ideas of an oppressed community and by picturing it on a grander scale, neither the filmmaker nor Akshay Kumar (as he would have us believe with the ‘Ab Hamari Baari Hai’ campaign) are doing any favours to the trans community. Such depictions only further the divide. Perhaps, the best thing we all could do to help heal the many oppressed communities of this country is by not allowing half-baked ideas, which rely on milking stereotypes, to come to fruition.

Laxmii is what happens when an idea not worth the quantum of its original investment gets more money and a bigger canvas, and is expected to evolve by itself to match the new, grander scale. That doesn’t happen; certainly, vengeful spirits cannot make it happen.

The presence of intelligent human life is what was needed, but Laxmii never had it to begin with.

First plane with Israeli tourists lands in UAE after deal

Shutterbugs from across the world share images of their varied encounters in an online...