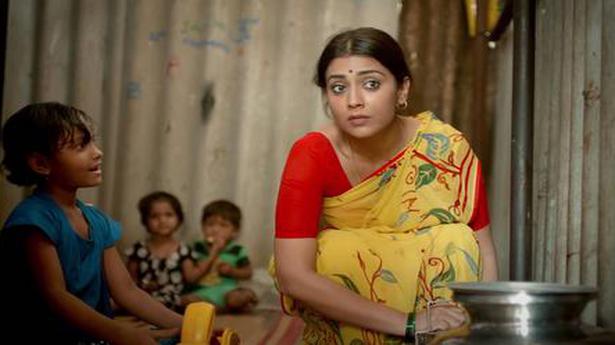 The trailer of Shriya Saran’s pan-Indian film Gamanam, made simultaneously in five languages, has been released.

The film is co-produced by cinematographer V S Gnana Shekhar and directed by Sujana Rao, and is being made in in Telugu, Tamil, Kannada, Malayalam and Hindi.

According to the trailer, film traces three separate stories, which converge towards the end in the face of a natural disaster.

Gamanam has story and screenplay by Sujana, dialogues by Sai Madhav Burra and music by Ilaiyaraaja. Gnana Shekar is producing the film along with Ramesh Karutoori and Venki Pushadapu, and handling the cinematography.

Kamala Harris may choose to speak out on human rights issues in India, says...