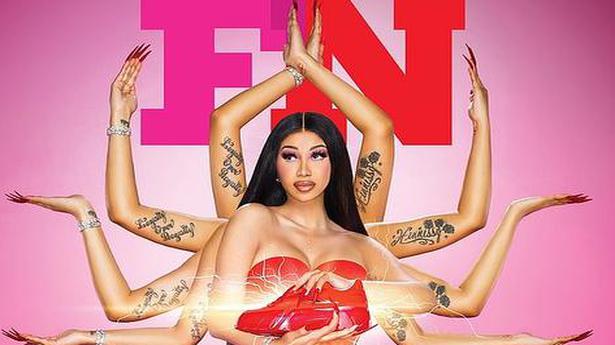 The 28-year-old musician recently appeared on the cover of Footwear News magazine, posing as Goddess Durga with shoes in her hands, while promoting her first line of sneakers with Reebok

American rapper Cardi B has apologised for appropriating Goddess Durga’s image for a magazine cover shoot.

The 28-year-old musician recently appeared on the cover of Footwear News magazine, posing as Goddess Durga with shoes in her hands, while promoting her first line of sneakers with Reebok.

In the magazine’s cover photo, Cardi B is seen holding a shoe while multiple arms stretched out around her from her shoulders.

The singer was then slammed on social media with many Indian users claiming that she has insulted the Hindu goddess, while others took offence to her outfit.

On Wednesday, Cardi B took to her Instagram story and apologised to her Indian fans.

In a video message, the musician said, “When I did the shoot, the creatives told me I was going to represent a Goddess; that she represents strength, femininity and liberation, and that’s something I love and I’m all about.”

“And though it was dope, if people think I’m offending their culture or their religion I want to say that was not my intent. I do not like offending anyone’s religion; I wouldn’t like it if someone did it to my religion,” she added.

Cardi B maintained that her intention was not to disrespect anyone’s god.

“When people dress as Virgin Mary and Jesus, as long as they do it in a beautiful, graceful way . But I wasn’t trying to be disrespectful; maybe I should have done my research. I’m sorry, I can’t change the past but I will do more research for the future,” she added.

How doctors relieve their stress in the time of pandemic

What is the best way to lose that lockdown belly fat?

10 life hacks that will make your journey to wellness easier