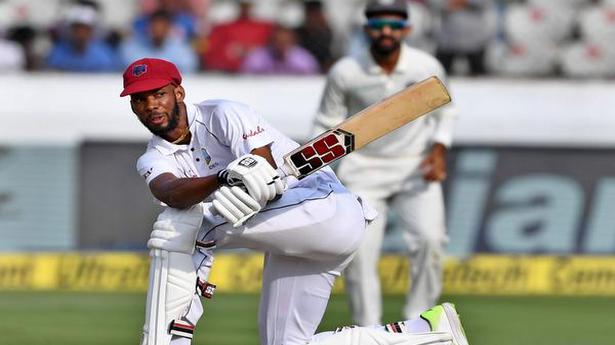 Chase replaced opener Kraigg Brathwaite, who was Jason Holder’s deputy in the series against England in July

West Indies all-rounder Roston Chase has been elevated to Test vice-captaincy while wicketkeeper Nicholas Pooran will continue as deputy in T20Is in the upcoming tour of New Zealand, starting November 27.

Chase replaced opener Kraigg Brathwaite, who was Jason Holder’s deputy in the series against England in July, while the 25-year-old Pooran, first named the West Indies vice-captain in 2019, retained his position.

“Nicholas Pooran continues in the role of vice-captain of the T20I Team for the tour of New Zealand. He was first named vice-captain for this format for the series against Afghanistan in 2019,” Cricket Windies’ chief selector, Roger Harper, said.

“Roston Chase has been appointed vice captain of the West Indies Test Team for this tour of New Zealand. He is an experienced player who is tactically aware and very purposeful in his approach to the game,” Harper said.

“He is readily willing to offer advice and discuss ideas with his fellow players and the coaches and I think will offer good leadership support to captain Jason Holder both on and off the field,” he added.

Chase has already landed in New Zealand while Pooran, who was part of the recently- concluded Indian Premier League, is expected to reach on Thursday along with the other players who competed at the tournament, including T20I skipper Kieron Pollard, Test captain Holder, Fabian Allen, Shimron Hetmyer, Keemo Paul and Oshane Thomas.

“I see this as another opportunity to learn and grow in the game. I was vice- captain for the tour of Sri Lanka earlier this year, so this is continuation of that work. It’s always good to share your knowledge as we look to continue the winning mentality,” Pooran said.

“I have been making strides in Test cricket since my debut back in 2016 and I see this new role as vice-captain as an honour. It is just for me to try and carry on and try to achieve great things for West Indies,” Chase said.

“It is all about offering support to the captain, coach and other players as we try to plan strategy and put more wins on the board,” he added.

The T20 series is starting on November 27 in Auckland, followed by games in Mount Maunganui on November 29 and 30.

The West Indies became the first team to tour overseas since the COVID-19 pandemic had shut down all cricket activities across the globe when it visited England for three Tests in July.

Habas worried about injuries to players