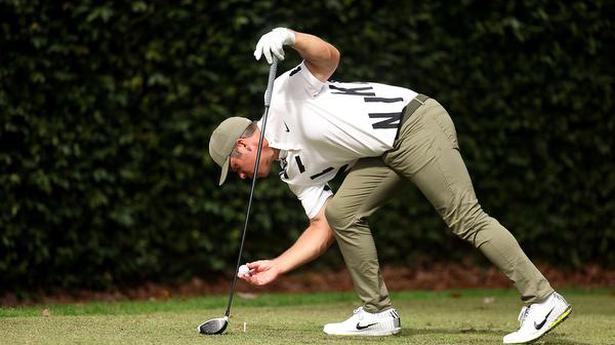 England’s Paul Casey fired a seven-under 65 to own a two-stroke clubhouse lead as darkness halted Thursday’s opening round of the 84th Masters.

Casey, chasing his first Major title, matched the lowest Major round of his career to seize the lead over Americans Webb Simpson and Xander Schauffele.

Also on the course at five-under through 10 holes was American Justin Thomas, who opened with four birdies on his first five holes and birdied the 10th before play was halted.

A thunderstorm struck only 35 minutes after competition began at Augusta National and left the field of 92 idling for nearly three hours, ending any chance of the late starters finishing before sunset. World No. 1 Dustin Johnson and England’s Justin Rose were both three-under through nine holes.

Four-time Major winner Rory McIlroy, trying to complete a career Grand Slam with a Masters victory, was on level par through nine holes.

Meanwhile, Woods showed the form to threaten for a 16th Major title. He produced his first bogey-free Masters round since 2008 to share fourth on 68.

It was mentally tough in bio-bubble: Ganguly thanks players for commitment to IPL success

Watch: What will the US election results mean for India?