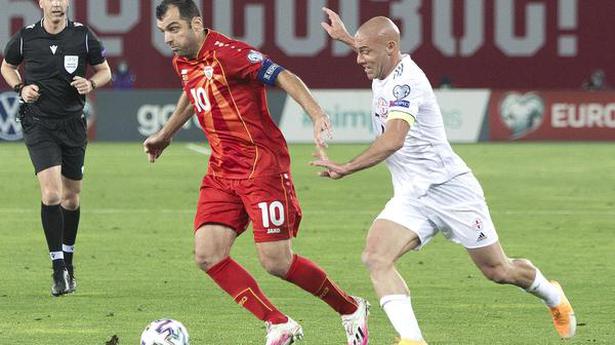 Hungary came from behind to stun Iceland and secure a place at Euro 2020 on Thursday after North Macedonia qualified for a major tournament for the first time by beating Georgia 1-0 away in its play-off final.

It will go into Group F at the delayed Euro, which was postponed for a year to June and July 2021 because of the coronavirus pandemic, and will come up against World Cup holder France, Germany and reigning European champion Portugal. It will play two group games at home in Budapest.

Meanwhile, North Macedonia will make its tournament debut after veteran striker Goran Pandev scored the only goal of its game with Georgia in the 56th minute in Tbilisi.

The Balkan nation will go into Group C alongside former winner the Netherlands, Austria and Ukraine. It is scheduled to make its debut against Austria in Bucharest on June 13.

Slovakia too qualified after beating Northern Ireland 2-1 in extra time in Belfast.

Slovakia will go into Group E with Poland, Spain and Sweden.

Scotland beat Serbia on penalties to qualify and secure a place at what will be its first major tournament in 23 years.

Scotland, which has not qualified for a major tournament since the 1998 World Cup, then triumphed 5-4 in the shoot-out and will go on to play England, Croatia and the Czech Republic in Group D.