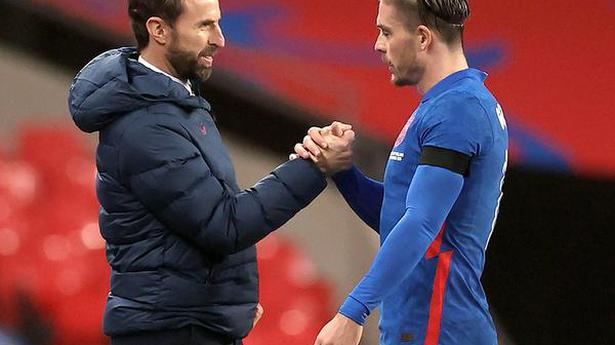 England manager Gareth Southgate has indicated Jack Grealish could be in line for his first competitive full international start after the Aston Villa captain impressed in a friendly against the Republic of Ireland.

Grealish, following several fine displays at club level, starred in an attacking role on the left flank during a 3-0 win at Wembley and set up Jadon Sancho for arguably the best goal of the game.

It was just a second England start for the 25-year-old, who could have represented the Republic after playing for it at youth level.

England now completes its European Nations League group campaign with matches away to Belgium on Sunday and at home to Iceland three days later.

Southgate substituted Grealish after an hour, along with club colleague Tyrone Mings, and the England boss said he had done so with a view to the team’s upcoming fixtures

“The two boys both played Sunday as well and we have got an eye on the next two matches,” he said.

Roy Keane was among those who admired Grealish’s performance, with the former Manchester United and Republic captain saying the Villa star was reaping the rewards of being within the England camp.

“This guy is going onto great things, no doubt in my mind,” Keane told ITV.

“Jack has said his experience coming into the England squad, working with top players, you cannot beat it.

“You talk about coaching, I think sometimes you learn more from working with better players and we can see that, even from a couple of appearances he has had for England.”

India tour of Australia | Indian contingent reaches down under