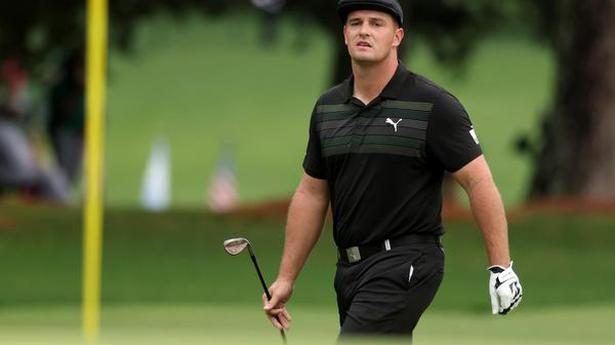 After struggling to make the cut at the Masters, Bryson DeChambeau said he’s just not feeling well. He’s not sure what the problem is, but he did get tested for COVID-19 again just to make sure that wasn’t the issue.

It came back negative.

DeChambeau, who was the betting favourite to win the Masters after a dominating triumph at the US Open, did manage to shoot a three-under 69 in the third round on Saturday. But that left him a whopping 13 shots behind leader Dustin Johnson.

“Not good, to say the least,” DeChambeau said after finishing up his second round on Saturday morning, before heading back out to play the third. “As I kept going through the round, I started getting a little dizzy. I don’t know what was going on, a little something weird.

“I don’t know what it is or what happened, but these past couple days, I’ve felt really, really odd and just not 100%,” he said.

DeChambeau plans to finish the Masters, but he’ll get more extensive testing after he returns home.

“Every time I’d bend over and come back up, I’d like lose my stance a little bit,” he said. “I don’t know what’s going on. I’ve got to go and do some bloodwork and get checked out and figure out what’s going on for this off-season.”

Rebel leaders who inked deal with government return to Sudan

Violence against minorities: India has taken up issue with Bangladesh, says MEA