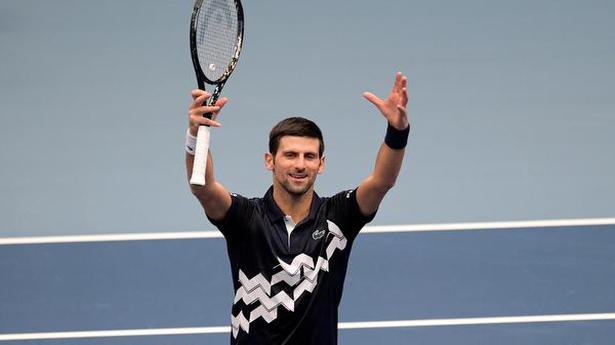 Diego Schwartzman suffered a similar fate to fellow ATP Finals debutant Andrey Rublev the previous night as the Argentine was brushed aside by five-time champion Novak Djokovic on Monday.

The Serb dropped his serve early on at the virtually empty O2 Arena, where on Sunday he was presented with the ATP’s end-of-year number one award for a record-equalling sixth time.

But from that moment on he was immaculate. He broke back immediately and then pounced again when Schwartzman served at 3-4, outmanoeuvring his opponent before pummeling away a forehand winner into the corner.

Djokovic secured two breaks in the second set and clinched victory with a minimum of fuss.

The 33-year-old World No. 1 is bidding to win the title for the first time since 2015 and equal Roger Federer’s six.

Nadal began his quest to fill the one blank on his glittering CV in impressive fashion with a crushing 6-3, 6-4 defeat of Rublev.

The Spanish 20-time Grand Slam champion has never won the season-ender, reaching only two finals, but looked in menacing form against the Russian youngster.

The World No. 2 broke serve in the sixth game of the first set on his way to the opening set.

Rublev, whose five titles this year was more than any other player on the ATP Tour, became visibly frustrated as he could make no impression on the rock-solid Spaniard having dropped serve at the start of the second set.

Nadal was clinical on serve and wrapped up victory in his opening round-robin match in the London Group in 77 minutes.

Gujrathi misses out on last-eight