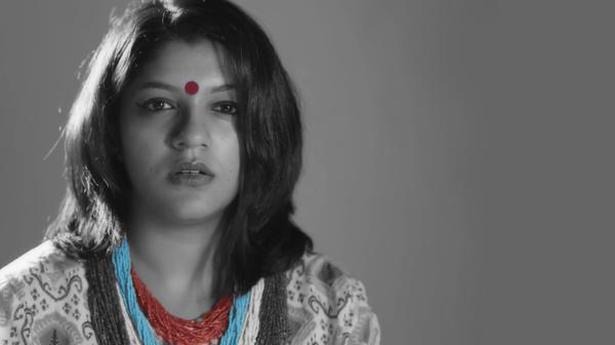 A music video by Deepankuran Kaithapram, featuring actor Aparna Balamurali among others, underlines the urgent need to protect the Earth

Nature yearned for a warm embrace, but humanity had other plans. We filled land with plastic, polluted water and air, and we pretended not to see it. Now, it is about time we took responsibility, say the makers of a music video ‘It’s Me, Nature’.

Written by poet and lyricist Kaithapram Damodaran Namboodiri and set to music by Deepankuran Kaithapram, the video is a tribute to “mother earth”. Featuring the five elements of Nature — earth, fire, sky, wind and water, the song urges people to stop and take note of the changes around them. Directed by Jomit Johny and Chaitanya Menon, the video features six artistes representing each element including actor Aparna Balamurali, who portrays Nature.

“The idea is to make people think about the way they treat the environment,” says Jomit. Shot in Cherai and Tripunithura in Ernakulam, and at Thrissur, the video was ready in a month. “We in Kerala had never borne the brunt of a natural disaster until the 2018 floods, when the entire State was affected. Through this video, we want to remind people that it is not too late to act,” he adds.

Jomit and Chaithanya are both ad filmmakers, who have been in the industry for over ten years.