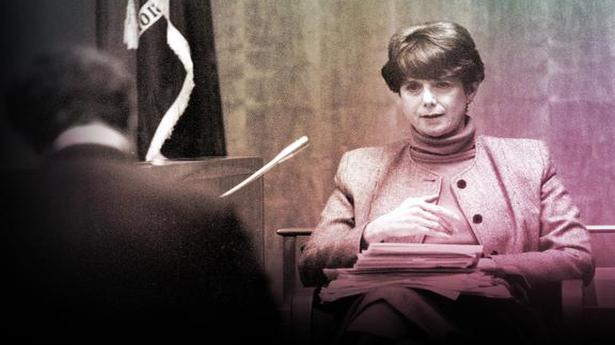 In this documentary directed by Alex Gibney, psychiatrist Dr. Dorothy Otnow Lewis, who has made it her life’s mission to delve into the minds of individuals who murder, tries to explain why they become that way

Fans of the true-crime genre are thoroughly intrigued by the gruesome details of a murder scene, characterised by the unmitigated display of blood and gore, often the handiwork of a disturbed serial killer.

However, what intrigues them more is the age-old question which has never been met with a satisfying answer — what makes an individual indulge in prolonged periods of frenzied killing?

Dr. Dorothy Otnow Lewis, a psychiatrist at Bellevue Hospital in New York and professor at Yale University has made it her life’s mission to come to a definite conclusion regarding the same, by employing all the scientific tools at her disposal.

Alex Gibney’s latest HBO documentary Crazy, Not Insane is a look at her indomitable drive to delve into the dark recesses of a serial murderer’s psyche, in the scientific quest to unlock the mysteries posed by cold-blooded killing.

It does so by using grainy archival footage from the ‘70s and the ‘80s along with black and white animated sketches to stitch together a narrative which is both compelling and unbiased.

These elements render a hypnotic quality to the documentary, breathing fresh life into the words of Dr. Lewis. Take, for instance, her animated takedown of the facetious Fox News anchor Bill O’ Riley.

In an old interview clip dating back to 2002, Dr Lewis summarily dismissed Riley’s witticisms and emphatically claimed, “Evil is a religious concept. It is not scientific and what society wants to do with an (evil) person is up to society.”

Unfazed by Riley’s constant need to interrupt her, she added, “It at least helps to know what motivates a serial killer.”

This singular statement provides with a clinical insight into Dr. Lewis’s philosophical view of her work. For her, sentimentality could never triumph over the indisputable logic of science and accumulated knowledge.

Tryst with the twisted

Dr. Lewis, by her own admission, has interviewed more than 100 prisoners across The United States. This includes death row inmates, even the likes of Arthur Shawcross and Ted Bundy.

With a career spanning four decades, her experiences over time have led her to believe that nobody is a born killer. It is a history of physical and mental abuse coupled with anomalies and even hideous injuries to one’s cerebral make-up which serve as the “perfect recipe’’ for the germination of a truly violent person.

Her studies have also concluded that most of these killers exhibit a dissociative personality syndrome, a condition where a person assumes one or more personalities with their own idiosyncrasies and mannerisms.

Over the years, she has vehemently opposed the death penalty law which has led to her testifying in trials of many infamous serial killers.

As a part of the defence’s plea of insanity, she has always maintained that instead of killing the killer, a comprehensive psychiatric inquiry into their state of mind is essential to grasp the complexities constituting the acts of wanton murder.

However, time and again she has been ridiculed for her views by her peers, even drawing the ire of the American public baying or the blood of deranged murderers.

Not for the faint-hearted

The documentary is unabashed in that it does not try to hide the revolting nature of the crimes committed by some of the serial killers on display to influence once’s views on the death penalty.

Instead, it highlights them as if to purposefully evoke a sense of disgust from its viewers and drive home the true severity of their crimes. Take, for instance, Arthur Shawcross’s act of cutting up his female victims’ genitals and then consuming it in a show of rabid cannibalism.

Viewers have no choice but to confront the truly hideous nature of his crimes instead of leaning entirely on what Dr. Lewis has to say on the subject. Countering the latter’s opinions with that of other practising psychiatrists, Gibney does his best to provide a neutral account of this dark world of twisted individuals and of even more twisted disposition and of even twisted crimes.

The viewers are left aghast in biting repulsion which is balanced by the measured, reasoning voice of the astute Dr. Lewis.

She refrains from pandering to her audience and holds steadfast to her strongest beliefs with the conviction of a seasoned professional.

And beneath the thick coat of assumed neutrality, Gibney is relentless in dismissing the frivolous assumptions of religion and raw moral humanity on murderers and their crimes — something which the documentary establishes as nothing but ineffective, when up against the many-tentacled beast conjured up by the naked ugliness of the human soul.

Crazy, Not Insane is currently streaming on HBO and HBO Max

France FM in Egypt to calm tensions after cartoon controversy