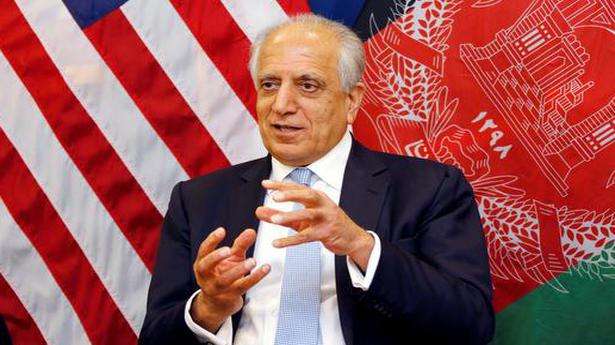 The U.S. is also launching a fund to encourage investments in the region, the Dawn newspaper reported on November 21

U.S. Special Representative for Afghanistan Zalmay Khalilzad has said that Washington will soon announce a high-level meeting of representatives from Afghanistan, Pakistan and Uzbekistan to encourage trade and development in the South and Central Asian region.

The U.S., which will also participate in the meeting, is also launching a fund to encourage investments in the region, the Dawn newspaper reported on November 21.

Ambassador Khalilzad is the Trump administration’s Special Representative for Afghanistan Reconciliation and has played a key role in negotiating a peace deal with the Taliban.

The deal, signed in Qatar in February, provided for the withdrawal of American troops from Afghanistan, effectively drawing curtains to Washington’s 18-year war in the country.

The Trump administration wants to withdraw most of its troops from Afghanistan within this framework but faces a strong resistance from the Pentagon which opposes an unconditional pullout.

“We look forward to soon announcing a regional investment fund and a high-level meeting of representatives from the United States, Uzbekistan, Pakistan, and Afghanistan to discuss connectivity, trade and development initiatives,” Ambassador Khalilzad said in a tweet on November 20.

“We discussed the current status of Afghanistan Peace Negotiations and the importance of an immediate reduction in violence,” Ambassador Khalilzad wrote.

“We also discussed the region’s role in helping the Afghan peace process and recommitted to the importance of regional economic connectivity, trade and development facilitated by peace in Afghanistan,” he added.

The U.S. diplomat noted that peace in Afghanistan would benefit Central Asia, Afghanistan and Pakistan.

Earlier this week, Pakistan Prime Minister Imran Khan visited Kabul, where he vowed to do everything to help curb violence and push for a ceasefire between the Taliban and Afghan forces.

Mr. Khan’s first visit to Kabul as Prime Minister comes amidst escalating violence in Afghanistan, which also threatens peace negotiations between the Afghan government and the Taliban that began in Doha in September.

In August, Pakistan hosted a meeting of key Taliban leaders in Islamabad, urging them to hold talks with the Afghan government to end decades of conflict. Islamabad also emphasised the need for an intra-Afghan dialogue to ensure regional stability.

The U.S.-Taliban treaty also calls for such a dialogue and links the withdrawal of troops to the success of these negotiations.

The incoming Biden administration also wants a troop-pullout but does not share President Donald Trump’s eagerness to do it as soon as possible, according to the report in Dawn.

‘This is a love story’: Makers of Netflix documentary ‘Rooting for Roona’

Bernie Sanders, Elizabeth Warren may be left out of top posts