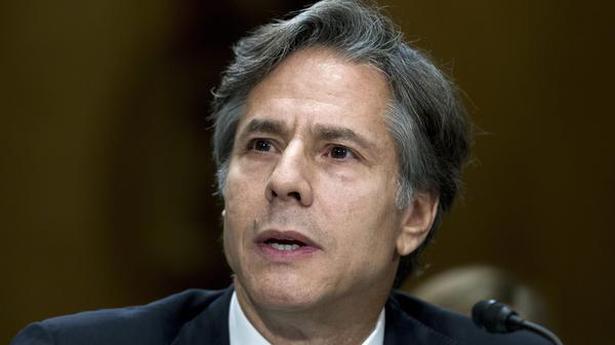 Indicative of his intention to reverse America’s retrenchment from multilateralism under the Trump administration, President-elect Joe Biden announced the nomination of Deputy Secretary of State and longtime foreign policy adviser Antony Blinken to the position of Secretary of State.

Mr. Blinken has a track record of being an alliance builder and proponent of traditional foreign policy and is seen as someone suited to execute Mr. Biden’s packed foreign policy agenda, much of which is geared to reversing the Trump administration’s decisions.

Mr. Biden has said that he intends to take American back into the Paris Climate Accord on day one of his administration.

The President-elect has also said he will rejoin the World Health Organisation and the Iran nuclear deal or the Joint Comprehensive Plan of Action (JCPOA). He will have a short period of time to revive talks with Russia on the New Start Treaty, a nuclear arms control agreement that expires in February.

Mr. Blinken, who started his foreign service career during the Bill Clinton years, had led the staff of the Senate Foreign Affairs Committee when Mr. Biden was the chair of the body. He was the National Security Adviser (NSA) for Mr. Biden, when he was Vice President and then deputy NSA for President Barack Obama.

“Democracy is in retreat around the world, and unfortunately it’s also in retreat at home because of the President taking a two-by-four [a piece of wood] to its institutions, its values and its people every day,” Mr. Blinken had told the Associated Press in September.

The Biden-Harris transition team also announced the appointment of Alejandro Mayorkas to head the Department of Homeland Security as its secretary, the first Latino to hold the position (Mr. Mayorkas is an immigrant). This is significant given the migration and humanitarian crisis at the U.S.-Mexico border.

Former Deputy Director of the CIA and Deputy National Security Adviser Avril Haines has been nominated to the post of Director of National Intelligence — the first woman in the position.

Mr. Biden’s appointments are establishment names — a reversal of President Donald Trump’s philosophy and practice of, predominantly, appointing individuals from outside Washington, often from industry or the financial world, in top positions.

Mr. Sullivan, a 43-year-old graduate of Yale Law School and a Rhodes Scholar, will be the youngest NSA since the Eisenhower administration and has most recently served as adviser to the Biden campaign on domestic policy issues, including Mr. Biden’s ‘Build Back Better’ plan for economic revival.

A former Obama White House official, Mr. Sullivan was a foreign policy adviser on the Hilary Clinton campaign having worked for the former Secretary of State during her term in office. He was a key player in facilitating the Iran nuclear deal.

“The nuclear deal agreed to in 2015 was meant to be the beginning, not the end, of diplomacy with Iran,” Mr. Sullivan wrote in a 2019 New York Times op-ed titled ‘It’s time to Talk to Iran,’ which he co-authored.

Ms. Greenfield has had a 35-year career in foreign policy, including as Ambassador to Liberia and then Assistant Secretary for African Affairs during the Obama administration. After her departure from the State Department, days after the Trump administration took over, Ms. Greenfield worked with Albright Stonebridge, an advisory firm of former Secretary of State Madeleine Albright.

Ms. Greenfield, who is African American, also heads a team that will oversee the revival of the State Department, with a focus on diversity, under the Biden administration.

Mr. Biden’s transition team is yet to receive formal recognition and funding because Mr. Trump has not conceded the elections.

“Well, we’re not quite there but it’s a terrific vision and one that I know he [Mr. Biden] will act to realise as President of the United States,” Mr. Blinken said at an Independence Day virtual celebration this year.

In the context of the U.S. and India working together during the Paris Climate negotiations, Mr. Blinken said: “There’s probably no common global challenge we can solve without India. We have to be able to do this together.”

Mr. Blinken had also criticised Mr. Trump’s transactional approach, especially towards trade “rather than partnership on the full scope of our [India and the U.S.’s] common interests.”

At the same event, Mr. Blinken had said there was a common challenge of “increasingly assertive China… including towards India at the Line of Actual Control.”

He talked about other forms of Chinese aggression, citing challenges in the economic domain and repression of the Uighur minority. He said Mr. Trump had allowed China to become stronger strategically by “leaving a vacuum in the world for China to fill” and “debasing” America’s own democracy.

It is likely that a Biden administration will have on its India agenda talks on the government’s legislative changes in Kashmir (dilution of Article 370) as well as its laws related to Indian citizenship.

“…We obviously have challenges now and real concerns, for example, about some of the actions that the government has taken particularly in cracking down on freedom of movement and freedom of speech in Kashmir, some of the laws on citizenship but you’re always better engaging with a partner and a vitally important one like India, when you can speak frankly and directly…,” Mr. Blinken had said in July this year during an interview at the Hudson Institute.

Mr. Blinken had also said, at the Independence Day event, India’s role extended beyond being a key player in upholding a rules based order in the Indo-Pacific.

“I think that role needs to extend even beyond the region, as vast as it is, to the world at large. In a Biden administration, we would be an advocate for India to play a leading role in international institutions and that includes helping India get a seat on a reformed UN Security Council.” He had also signalled support for India in its fight against terrorism.

Australia vs India | Australia win toss, elect to bat against India in Boxing...

Putin orders ‘large-scale’ vaccinations in Russia from next week