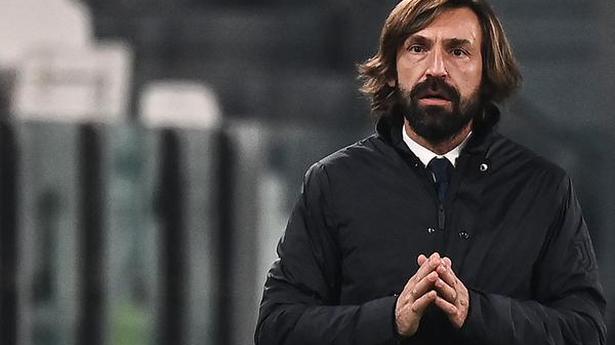 Serie A has become almost a formality for Juventus over the last decade but the Turin side is suddenly facing an uphill battle as it chases a 10th successive title this season.

Juve hosts Udinese as Serie A resumes on Sunday after a 10-day Christmas break which has given it plenty of time to reflect on a dismal 3-0 home defeat by Fiorentina.

Leading scorer Cristiano Ronaldo spent part of that period in Dubai, a trip that raised eyebrows in Italy where ordinary citizens are under a Christmas and New Year lockdown and subject to severe travel restrictions.

In their first season under Andrea Pirlo — a man with no previous coaching experience — Juventus finds itself in sixth place with 24 points, 10 adrift of leader AC Milan but with a game in hand.

Juve has become used to letting its rivals do the chasing in the last few seasons and the last time it was in a remotely similar situation was back in 2015-16 when it was seven points behind the leader at the similar stage.

Pirlo has insisted from the outset that his team is “under construction” and the Fiorentina debacle came just as it appeared to be taking shape with a 3-0 win away to Barcelona in the Champions League and a 4-0 drubbing of Parma.

“I’m trying to put my ideas together, the players are understanding them, and we continue on this game plan started in September,” said the bearded, moody-looking coach after the Fiorentina match. “We will try to improve it when we resume.”

Midfielder Rodrigo Bentancur confessed that the players had approached the Fiorentina match in the wrong frame of mind.

“We are still in the title race, we know that,” said the Uruguayan. “The last match showed that every challenge must be approached from the first minute with the right mentality. We still have to face our direct rivals.”

Although midtable Udinese is no pushover, the real battles begin afterwards as Juventus visits Milan on Jan. 6, hosts fourth-placed Sassuolo four days after that and visits second-placed Inter Milan on Jan. 17.

Milan, which visits a Benevento side led by its former coach and striker Filippo Inzaghi, is still unbeaten with 34 points although its mounting toll of injuries — including 39-year-old forward Zlatan Ibrahimovic — finally appears to be catching up with it.

Antonio Conte’s Inter Milan, which hosts lowly Crotone in another Sunday game, has cut its neighbours’ lead to one point.

Having won its last seven league games, it is starting to look like favourites in what is turning out to be the most unpredictable title race for years.

PSL 2020: Karachi beats Multan in super over for a place in final

Saiju Kurup: I love to essay all kinds of roles