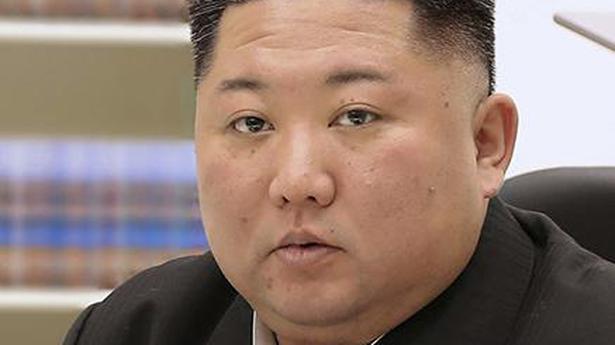 He writes New Year message ahead of crucial party meet.

Kim Jong-un thanked North Koreans for supporting his leadership in “difficult times” in a rare hand-written New Year letter released on Friday ahead of a crucial ruling party congress that will set the country’s economic goals.

The personal message came after the isolated North put on a performance featuring fireworks, singing and dancing in Pyongyang’s Kim Il-sung Square to usher in the new year, despite the coronavirus pandemic, which the North insists has yet to reach its shores.

Mr. Kim usually delivers a televised speech on January 1 that is scrutinised by Korea-watchers for signs of where the reclusive state is headed in the new year.

But he skipped the occasion last year, replacing it with an address he had delivered at a party meeting the previous year.

It is widely expected that he will again drop the televised speech this year ahead of the country’s first congress in five years.

State media have said the event will be held in early January but have yet to specify the exact dates.

“I sincerely wish all the families across the country greater happiness and beloved people, good health,” Mr. Kim said.

“In the new year, too, I will work hard to bring earlier the new era in which the ideals and desires of our people will come true.

“I offer thanks to the people for having invariably trusted and supported our Party even in the difficult times,” he added.

One killed, seven injured in blast in Pakistan’s garrison city of Rawalpindi

FBI warns of plans for nationwide armed protests in U.S. next week

WHO warns virus crisis not over as vaccine rollout approaches