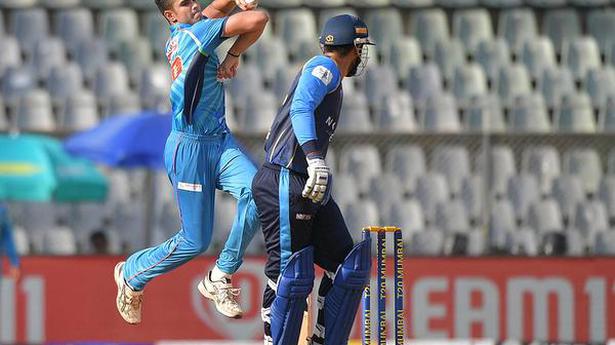 Young left-arm pacer Arjun Tendulkar, son of the legendary Sachin Tendulkar, was on Saturday picked in Mumbai’s senior team for the first time, featuring in an extended 22-member squad for the upcoming Syed Mushtaq Ali Trophy.

This was confirmed by the Mumbai team’s chief selector Salil Ankola on Saturday.

Apart from Arjun, another pacer, Krutik Hanagavadi, was also added to a 22-member squad.

“Earlier the BCCI had asked to select 20 players. But later they said that 22 players can be selected in the squad, accordingly the two players were added to the squad,” an MCA official stated.

This is the first time that 21-year-old Arjun has been included in Mumbai”s senior squad.

He has been playing age-group tournaments for Mumbai and also has been part of the team which plays invitational tournaments.

Earlier, the pacer has bowled at the Indian national team nets and also represented the India U-19 team, when they had toured Sri Lanka in the past.

The Mumbai squad is led by flamboyant batsman Suryakumar Yadav and will be playing all their matches in the state capital.

China spacecraft lands on moon to bring rocks back to Earth