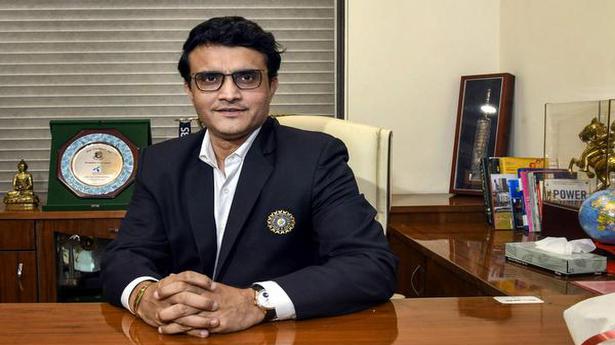 West Bengal CM tweeted “Wishing him a speedy and full recovery. My thoughts and prayers are with him and his family!”

The BCCI president Sourav Ganguly was on Saturday admitted to a private hospital in Kolkata after he suffered chest pain.

Ganguly was rushed to Woodlands Hospital after he fell ill during a workout session in the gym at his residence in Kolkata. Authorities at the hospital said that the 48-year-old former Indian cricket captain was stable and was undergoing tests. Hospital sources said that Mr. Ganguly had suffered a mild cardiac arrest and tests were on to ascertain his health parameters.

Rupali Basu, CEO of Woodlands Hospital said that Mr Ganguly is stable haemodynamically.”He has received loading doses of dual anti platelets and statin and is undergoing primary angioplasty now,” the hospital said in a press statement

Mr Ganguly brother and secretary of Cricket  Association of Bengal Snehashis Ganguly also added that his brother is stable.

“Sourav Ganguly is stable. Senior doctors are looking after him. We will let you know once we get further updates,” the brother added.

“Sad to hear that Sourav Ganguly suffered a mild cardiac arrest and has been admitted to hospital. Wishing him a speedy and full recovery. My thoughts and prayers are with him and his family!,” Ms. Banerjee said.

Ganguly was present during the unveiling of a statue of former Union Finance Minister Arun Jaitley at Feroz Shah Kotla stadium in Delhi on Monday and had visited Eden Gardens on Wednesday.

‘Do not travel to India-Pak border’: U.S. updates travel advisory to citizens

Erdogan says he hopes France gets rid of President Macron

‘Do not travel to India-Pak border’: U.S. updates travel advisory to...