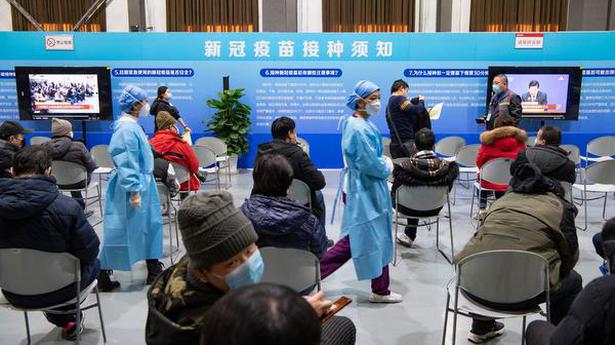 Thousands of people lined up in Beijing on Monday to receive a COVID-19 vaccine as China races to innoculate millions before the Chinese New Year mass travel season in February.

More than 73,000 people in the Chinese capital have received the first dose of the vaccine over the last couple of days, state media reported Sunday, including community workers and bus drivers.

Health authorities on New Year’s Eve granted “conditional” approval to a vaccine candidate made by Chinese pharma giant Sinopharm, which the company said had a 79% efficacy rate.

An AFP journalist saw people being bussed into a temporary vaccine centre at a central park, after being instructed to fill in electronic forms about their health status and any allergies at an outside gate.

Some were wearing two layers of face masks.

One man surnamed Gu, a catering worker in his 30s, said his employer had booked him a vaccine appointment at the centre, and that he wanted the jab “for peace of mind.” “I believe any adverse effects will be controllable,” he said.

Footage from state broadcaster CCTV showed queues outside local hospitals and community health centres as people waited to read consent forms and have their temperatures taken before getting the jab.

China plans to vaccinate millions this winter in the run-up to Lunar New Year in mid-February.

We are beginning transition, says US President-elect Joe Biden

‘Contagion’ sequel in the works from Steven Soderbergh