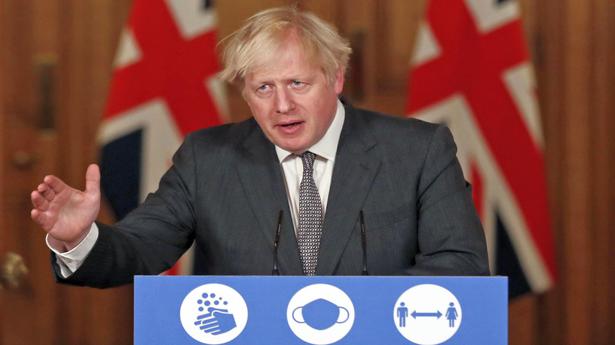 U.K. PM Boris Johnson was supposed to be the Chief Guest of India’s Republic Day celebrations

U.K. Prime Minister Boris Johnson has cancelled his planned India visit for the last week of January when he was to be the Chief Guest of the Republic Day festivities. In a press release issued on Tuesday, the UK Foreign Office said that the decision to cancel the visit was taken in view of the pandemic which has escalated in the United Kingdom because of the new variant of the coronavirus.

“The Prime Minister spoke to Prime Minister Modi this morning, to express his regret that he will be unable to visit India later this month as planned. In light of the national lockdown announced last night, and the speed at which the new coronavirus variant is spreading, the Prime Minister said that it was important for him to remain in the UK so he can focus on the domestic response to the virus,” a press statement from 10 Downing Street said.

The visit was confirmed by U.K. Foreign Secretary Dominic Raab during a joint press interaction here with External Affairs Minister S Jaishankar in December. The visit was portrayed as one of the biggest post-Brexit outreach by Prime Minister Johnson. Both sides had also undertaken preparatory steps for the same.