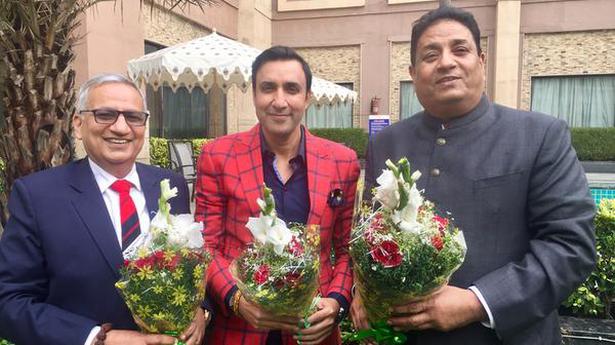 With the election of office-bearers of All India Chess Federation (AICF) ending an 11-month impasse, AICF president Sanjay Kapoor and secretary Bharat Singh Chauhan are looking for a fresh start.

Kapoor is the youngest AICF president at 45, heads the Uttar Pradesh Chess Sports Association and is Chairman of the Kanpur Cricket Association. For Chauhan, this is a third term as AICF secretary.

“Having witnessed how the BCCI functions, I would like to bring in some of those approaches to chess administration,” Kapoor told The Hindu.

“My first priority is to ensure that each affiliate gets its share from the revenue generated by the AICF.

“Each affiliate will be supported in acquiring a modern administrative set-up. Given the frugal ways adopted by chess administrators in the past, I think the revenue model in Indian chess needs a change through strategic partnerships,” he added.

A non-profit organisation, AICF currently has over ₹10 crore in the bank. The chief source of revenue is AICF’s share of players’ entry-fee in various events, non-refundable deposits from host associations and government grants.

While the processes for reactivating the “frozen” AICF bank account in Chennai and regaining Sports Ministry’s annual affiliation for the AICF are high on the agenda, Chauhan stated that a “cash-rich” Indian Chess League will be planned this year. “We will soon announce the name of the person responsible for making the league a reality,” he said.

According to Chauhan, free coaching camps conducted each month by Grandmasters and an annual North-east Open with a substantial prize-money are on the anvil. He also hinted at revising the prize money of select domestic events.

Asked about the status of court cases involving the AICF, Chauhan said, “Now that the new office-bearers are in place, as a priority, I urge P.R. Venketrama Raja (outgoing AICF president) to withdraw all cases and play an important role in building the future of Indian chess.”

Australian Open to begin on February 8