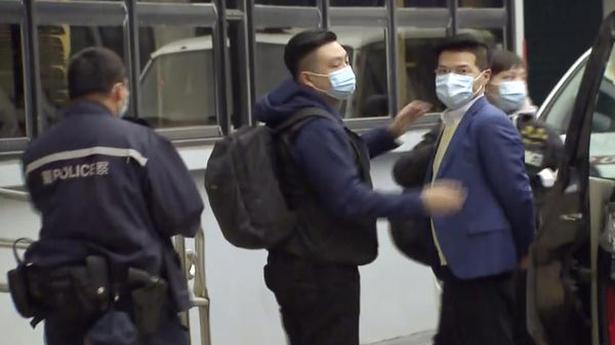 China’s crackdown in Hong Kong escalated  on Wednesday with police arresting more than 50 opposition figures in their largest operation since a draconian security law was imposed on the financial hub.

The sweep is the latest salvo in Beijing’s battle to stamp out dissent in the semi-autonomous city after millions hit the streets in 2019 with huge pro-democracy protests.

Police confirmed 53 people — including a U.S. citizen — were arrested for “subversion” in an early morning operation that involved about 1,000 officers.

The charges were sparked by an attempt by opposition groups last year to win a majority in the city’s partially-elected legislature.

Hong Kong’s security chief John Lee described the arrests as “necessary” and aimed at a group of people who tried to “sink Hong Kong into an abyss” and “overthrow the government”.

Beijing’s Liaison Office in Hong Kong said those facing prosecution “strategically organised or implemented a plan to paralyse the government”.

But the operation sparked a rebuke from Antony Blinken, U.S. President-elect Joe Biden’s pick for Secretary of State, who said authorities were launching “an assault on those bravely advocating for universal rights”.

“The Biden-Harris administration will stand with the people of Hong Kong and against Beijing’s crackdown on democracy,” he added.

The EU — which recently agreed a major investment deal with Beijing — called for the “immediate release” of those arrested and said it was eyeing possible further sanctions on China over the crackdown.

A judge dedicated to music

Suriya interview: ‘I remember my first salary was ₹ 736’