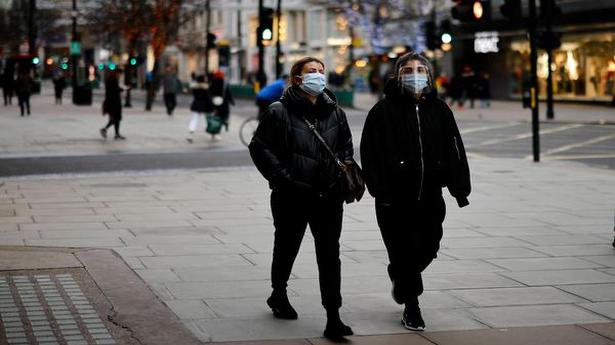 The World Health Organization’s European branch on Thursday said more needed to be done to deal with the alarming situation brought on by a recently discovered variant of the novel coronavirus.

The WHO’s regional director for Europe, Hans Kluge, called the current situation “a tipping-point in the course of the pandemic”.

While the new year “brings with it new opportunities and tools”, such as vaccines, Europe is also challenged by surging cases and new strains of the virus causing COVID-19.

“This is an alarming situation, which means that for a short period of time we need to do more than we have done and to intensify the public health and social measures to be certain we can flatten the steep vertical line in some countries,” Mr. Kluge said, referring primarily to the new variant first discovered in the U.K..

While it is natural for viruses to change over time and the variant is not believed to cause more severe symptoms, its “increased transmissibility” still raises concerns, according to WHO Europe. “Without increased control to slow its spread, there will be an increased impact on already stressed and pressurised health facilities,” Mr. Kluge said.

The British strain and another which emerged in South Africa are both believed to be more infectious versions of the virus.

The measures proposed by Mr. Kluge were those “with which we are all familiar,” listing the adherence to generalised mask wearing, limiting social gatherings, maintaining physical distance and hand washing as prudent but in need of being intensified.

These measures coupled with adequate testing, quarantine and isolation, and vaccination, “will work if we all get involved”, Mr. Kluge said.

Early indications also suggest that vaccines against COVID-19 are effective against the British variant, according to WHO.

Asked about whether the new variants warranted a closing of schools as many countries did in the spring the organisation said it should only be considered a last resort.

“The school should be the last to close and the first to open,” said Catherine Smallwood, Senior Emergency Officer at WHO Europe.

She added that whether a variant was involved or not, the closing schools needs to remain in the toolbox of authorities to slow the spread of the virus.

The WHO’s European Region comprises 53 countries and includes Russia and several countries in Central Asia, and 22 countries in the region have recorded cases of the new variants.

According to the organisation’s estimates, the new strains could replace others across the region.

Europe has been hard hit by the coronavirus pandemic, with more than 27.6 million cases and 603,000 deaths, according to WHO’s monitoring.

For 2020, there were close to 313,000 deaths above what would have been expected in the 27 countries that participate in WHO Europe’s monitoring network for excess mortality.