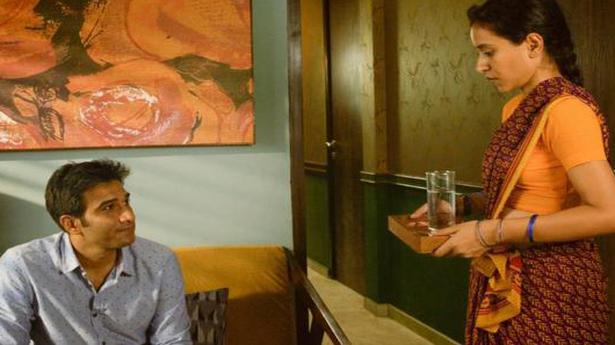 The Mumbai-set film is a tender romance between a widowed domestic help and her employer, who returns to India from the US after breaking off his engagement

Critically-acclaimed romantic-drama “Is Love Enough? Sir” is set to be released on Netflix on January 9, director Rohena Gera announced on Thursday.

The Mumbai-set film is a tender romance between a widowed domestic help, Ratna, played by Tillotama Shome, and her employer, Ashwin, essayed by Vivek Gomber, who returns to India from the US after breaking off his engagement.

“Sir”, which premiered at Cannes Film Festival in 2018, was earlier scheduled to release in March 2019 but was pushed due to the coronavirus pandemic. It finally released in theatres last November.

Gera took to Twitter and thanked the audience for their love and support towards the “independent” project.

“’Sir’ is a completely independent film that found its way into hearts and minds around the world thanks to the hard work, love and support of so many.

“Now it is about to reach your home! Watch or rewatch: On Netflix, from Saturday! Do set your reminder and remind friends!” she tweeted.

The critically-acclaimed movie marks the feature directorial debut of Gera, who started out in the industry as one of the screenwriters on the popular 2003 show “Jassi Jaissi Koi Nahin” and released a documentary “What’s Love Got to Do with It?” in 2013.

“Sir” won the Gan Foundation Award at Cannes 2018 and released in around 25 countries, before making it to the Indian theatres less than two months ago.