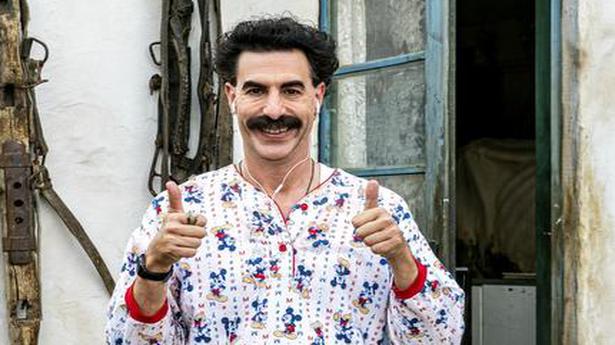 Actor Sacha Baron Cohen has said that he won’t be returning to play his fan-favourite role of Borat in future movies.

He recently came out with its sequel “Borat Subsequent Moviefilm”, which was released on streamer Amazon Prime Video ahead of the US presidential election in November.

During a profile interview with Variety, Cohen said he made “Borat 2” because he “felt democracy was in peril” due to Donald Trump’s presidency.

“I felt democracy was in peril, I felt people’s lives were in peril and I felt compelled to finish the movie. The movie was originally about the danger of Trump and Trumpism.

“What coronavirus demonstrated was that there’s a lethal effect to his spreading of lies and conspiracy theories. I don’t want to egotistically imply that people would watch Borat and not vote for Trump, but that was the aim,” Cohen said.

With Joe Biden set to become the next US President after he won 306 Electoral College votes against Trump, who only managed 232, Cohen said it is time for him to say goodbye to Borat.

“I brought Borat out because of Trump. There was a purpose to this movie, and I don’t really see the purpose to doing it again. So yeah, he’s locked away in the cupboard,” the actor said.