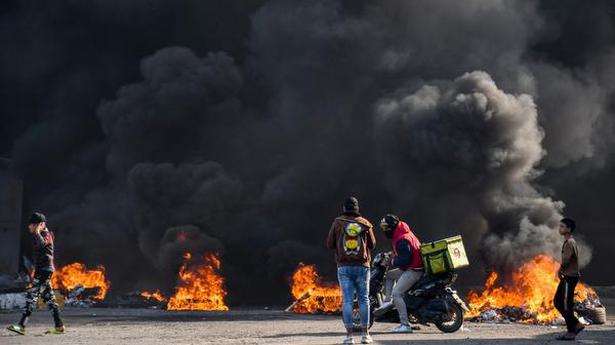 A policeman was killed and dozens of people injured on January 10 in clashes between security forces and anti-government protesters in southern Iraq, multiple security officials said.

They said the clashes erupted in Haboubi square in the town of Nasiriyah in violence that began over the arrest of activists in the Province. Security forces used tear gas and batons in effort to disperse the protesters who threw stones and rocks at security forces. Occasional gunfire could be heard.

It was not immediately clear how the policeman was killed amid conflicting reports. The officials said at least 18 protesters were injured and more than 40 among the security forces. They spoke on condition of anonymity in line with regulations.

Iraqs military said in a statement that one policeman was killed and 33 others were injured in the violence. It did not provide further details.

Anti-government protests in Iraqs Shia-dominated south have continued sporadically even as protests in Baghdad petered out with the spread of the coronavirus and after a deadly government crackdown on protesters.

More than 500 protesters were killed in the crackdown on mass protests that began in October 2019, when thousands rallied against corruption, unemployment, poor public services and other grievances.

Australia vs India | Pitch is getting slower, hitting one area consistently is key:...