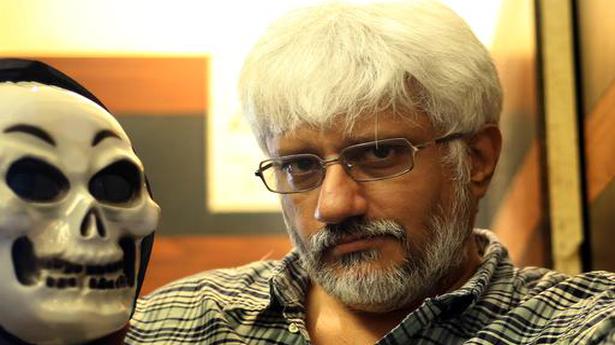 Titled ‘The Cello’, the film is based on a story by Saudi poet-songwriter Turki Al-Sheikh, who goes by the pen name Rozam

American writer duo Carey and Chad Hayes, who have worked on horror films like “The Conjuring” and “House of Wax”, are set to consult on the screenplay of director Vikram Bhatt’s next feature film.

Titled “The Cello”, the horror film is based on a story by Saudi poet-songwriter Turki Al-Sheikh, who goes by the pen name Rozam.

According to Carey and Chad Hayes, they have had several opportunities to work with the best creators in Hollywood after the massive success of the 2013 James Wan directorial “The Conjuring” and they are now looking forward to expanding “globally” with “The Cello”.

“Filmmaking is a collaborative process, and to work with the best is an honour. We are excited about ‘The Cello’, as it not only ‘plays’ up to everything we love about these type of movies, but also promises a mind-blowing story with scares that will chill even the bravest to the bone,” the brothers said in a statement.

The duo described Al-Sheikh and Bhatt as “incredibly creative and talented individuals”, who strive to make scary movies with heart and soul.

Bhatt, known for helming films like “Raaz” and “1920”, said he bonded with Al-Sheikh over their love for horror thrillers and decided to join hands for this project.

“While Carey Hayes and Chad Hayes will be consulting on the screenplay based on a story written by Turki Al-Sheikh, I will be directing it. We plan to shoot a big portion of the film in Saudi Arabia. I am particularly excited to explore the virgin location of Al Ula,” the filmmaker said.

Backed by Rozam, “The Cello” is slated to be released later this year.

How vocalist Saketharaman is helping listeners cross over to Carnatic music